Trammell and Margaret Crow were passionate collectors of East Asian art during their sixty-six years of marriage until his death in 2009. Skyscrapers built by Trammell Crow company reshaped and defined city skylines across the country; in Dallas, the 50-story Trammell Crow Center houses their namesake museum. 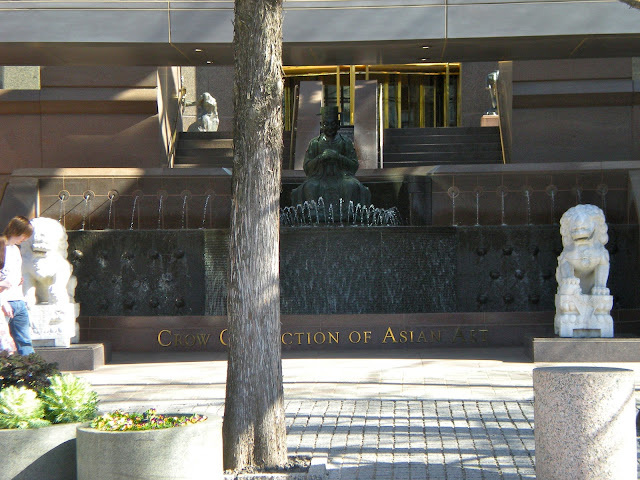 Born and raised in Dallas, Tramell Crow began his successful real estate career building warehouses on spec in Dallas, then leasing them out. This was a new concept in property development in 1948 and by 1971 he was dubbed “ the largest landlord in the United States” by Forbes, and his company “the nation’s biggest developer” by The Wall Street Journal in 1986. In fact, Crow’s first warehouse was on the Trinity River, the river on which the newly completed Santiago Calatrava Bridge spans and will open to the public on March 2, 2012. 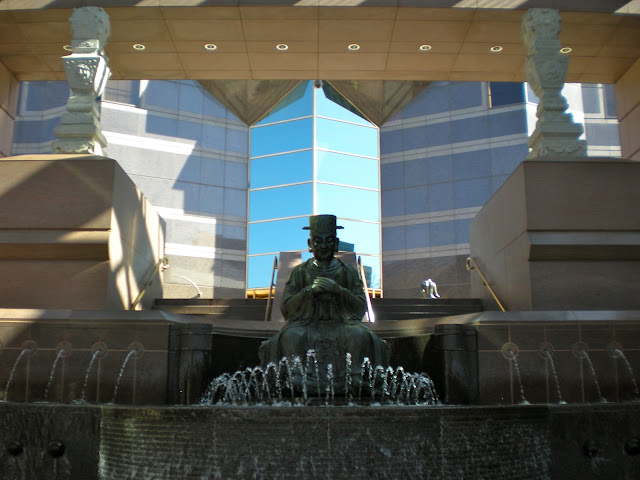 A serene entrance welcomes the public to the private museum, which is free of charge. 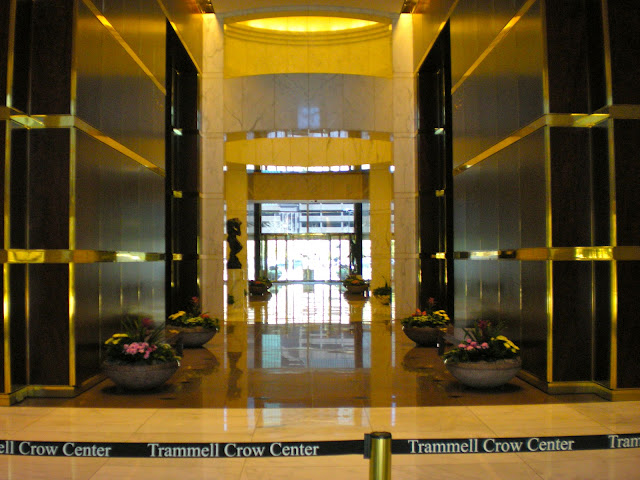 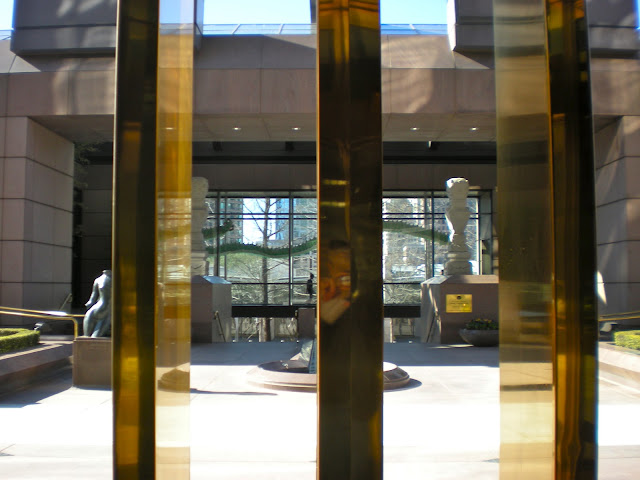 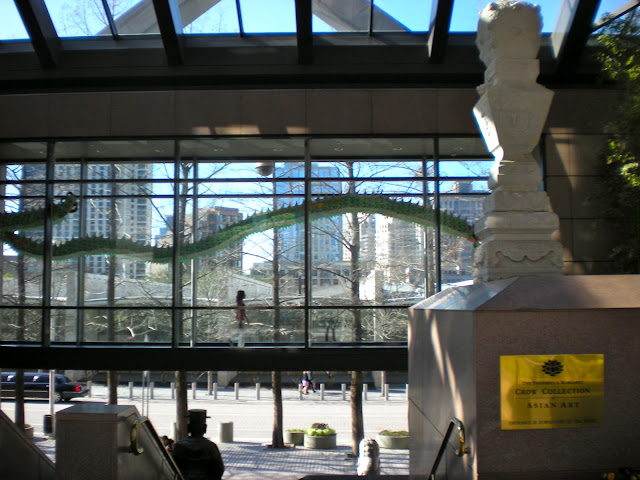 Chinese New Year celebration was in full swing when I was there, with a dragon auspiciously watching over the Nasher Sculpture Center, directly across the street. 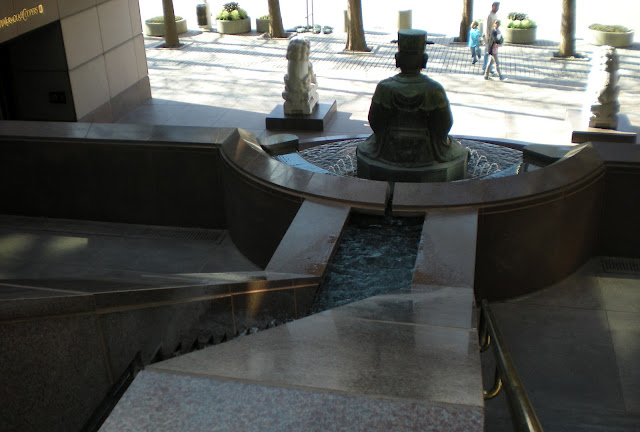 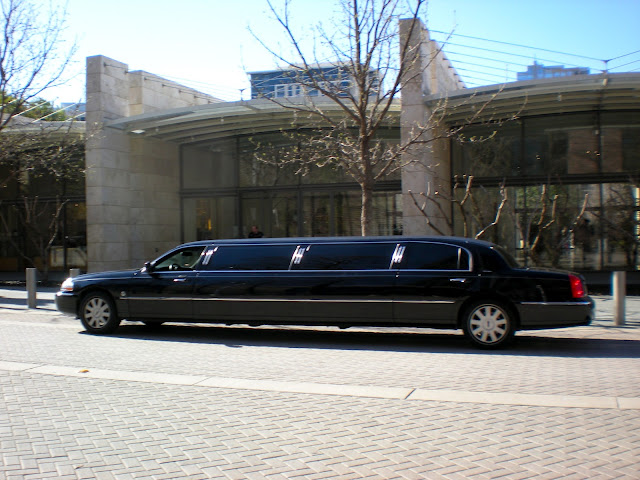 The Dallas Art Museum is only a half block away in the burgeoning sixty-eight acre Arts District. This area - that has been over thirty years in the making - will be covered in an upcoming post, as there is no other city in the country that has anything of comparison. 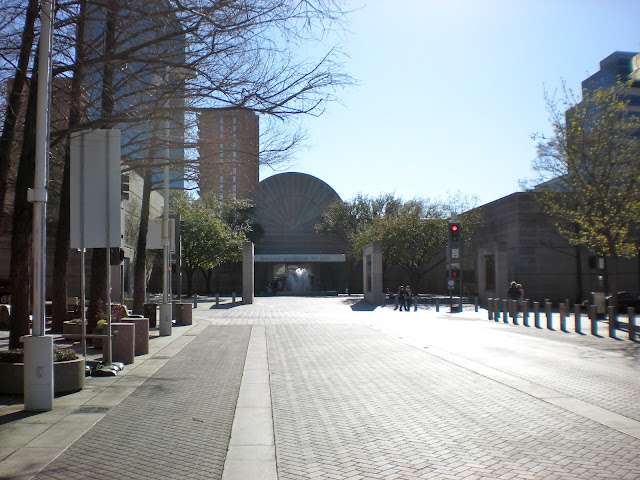 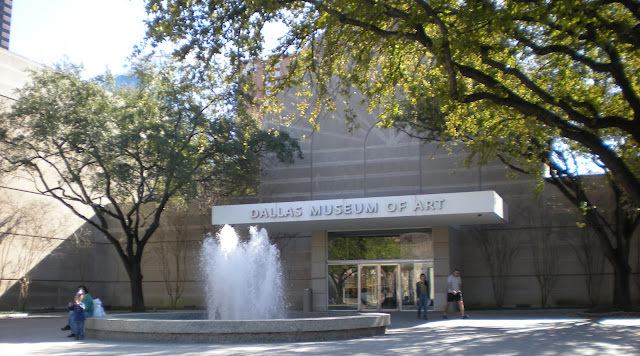 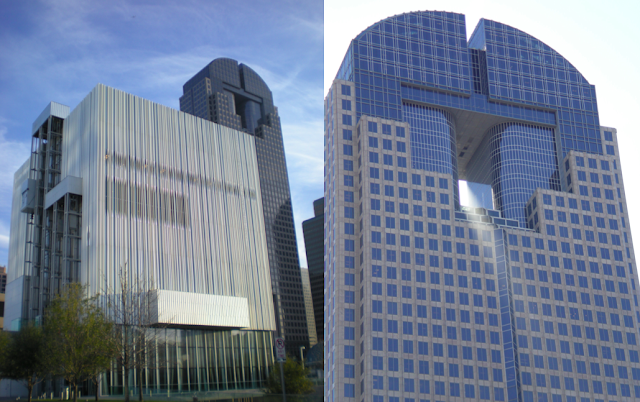 Chase Tower was Tramell Crow Company's other skyscraper that helped define the Dallas skyline in the 80's and one of the first buildings in the Arts District (to be covered in an upcoming post.) Here it sits behind the newer Rem Koolhaus designed Performing Arts Center.