It's been a busy two weeks in Cruisin' Museums land. Although the purpose of my trip to Baltimore and Washington D.C. was to see and photograph as many museums as possible, circumstances placed me in the capital city at a critical juncture in history. Beginning with Native Americans in headdresses on horses riding down the street, it was not your usual trip to Washington. 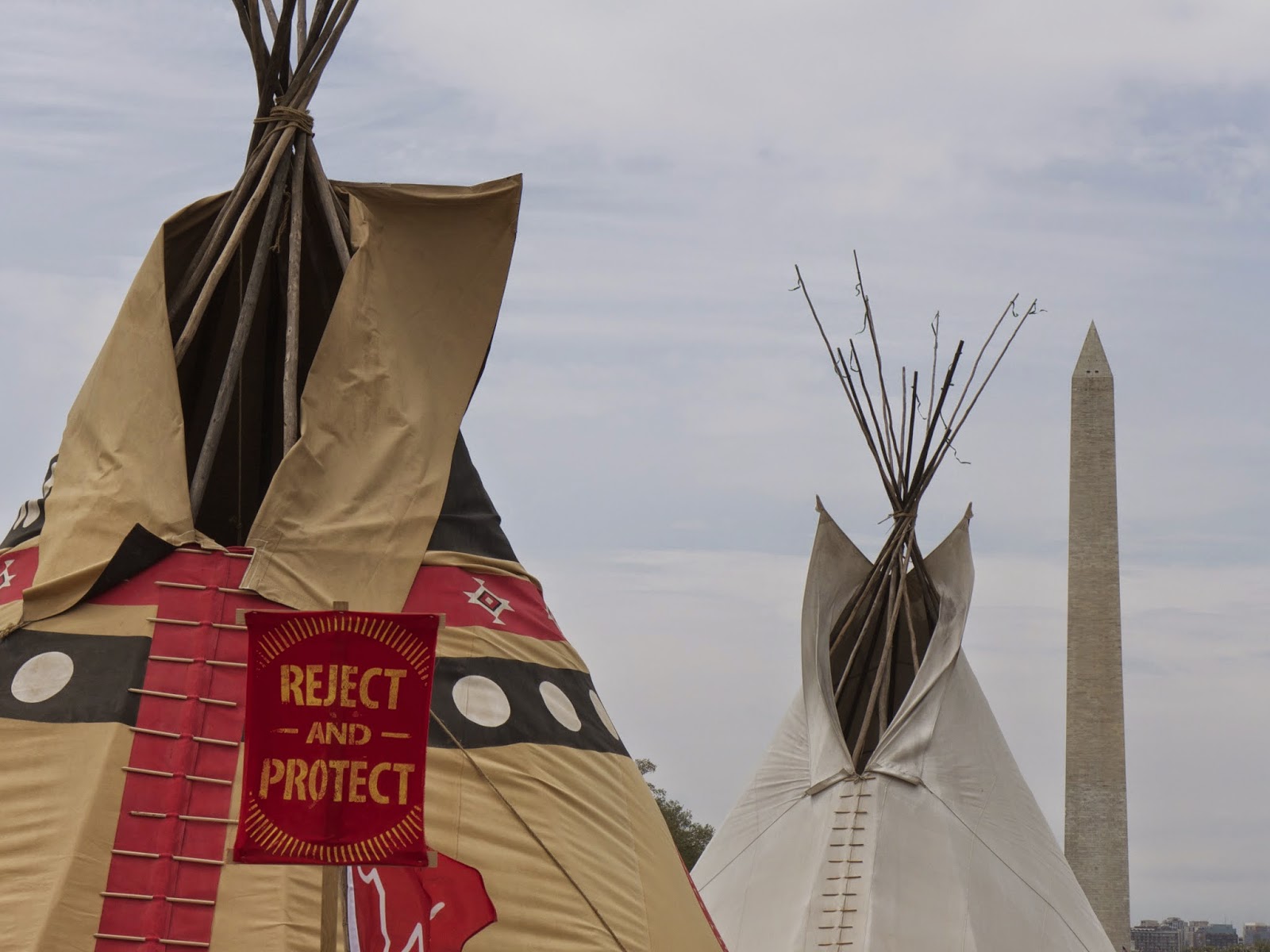 For one week, Cowboys and Indians, as they were dubbed, camped in the National Mall, surrounded by the Washington Memorial to the west... 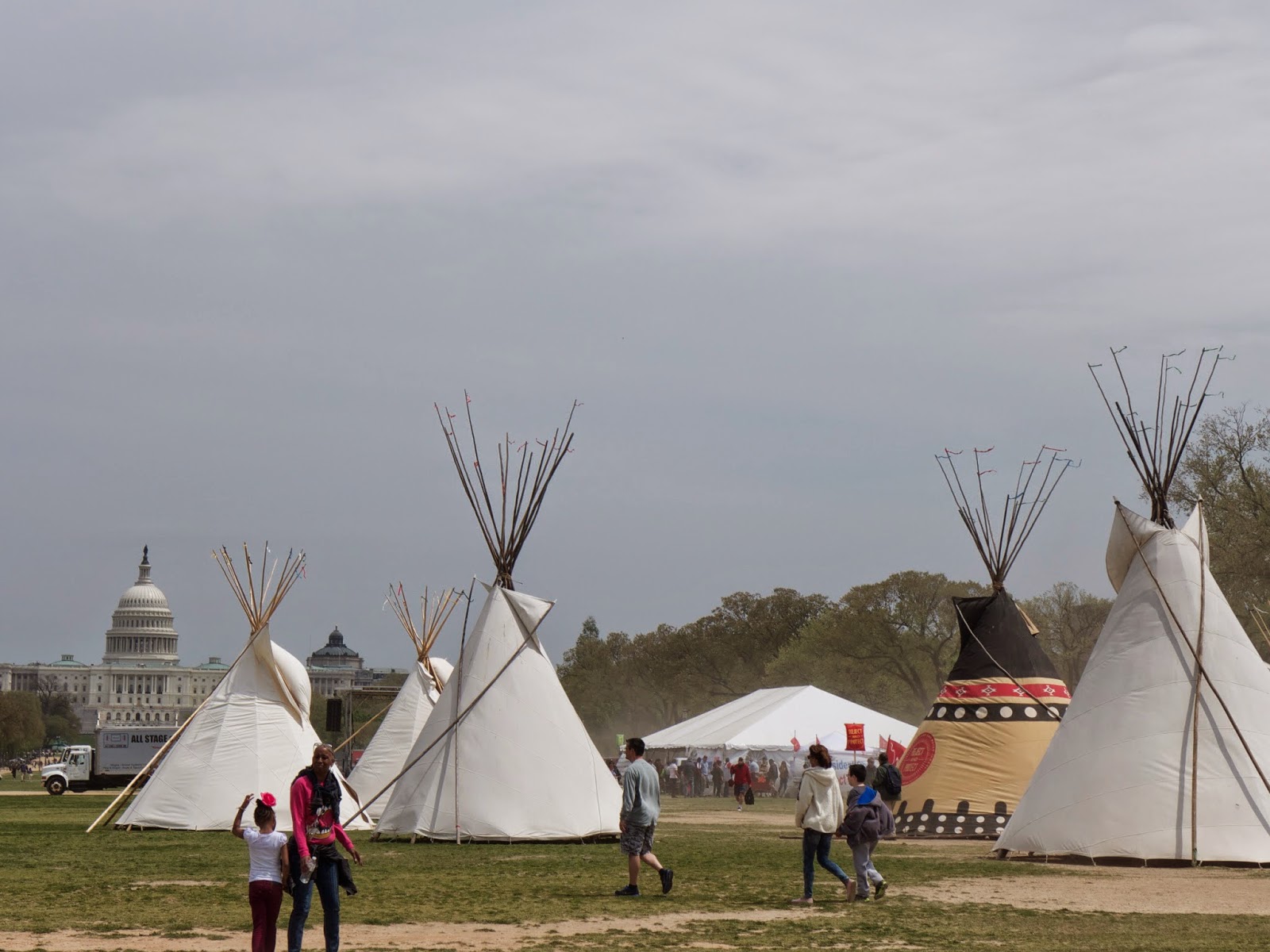 ...the Capitol building to the east... 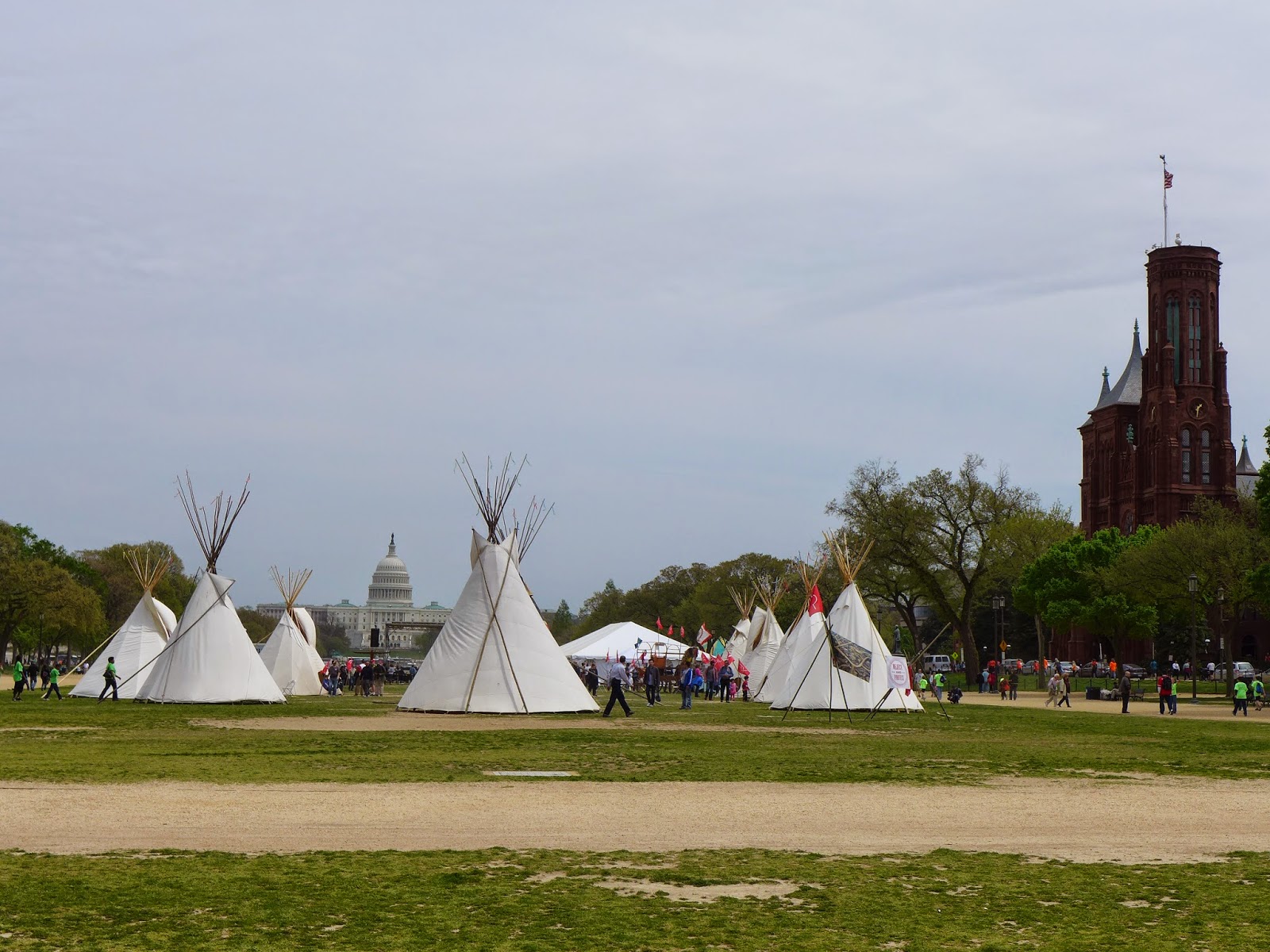 ...and the National Gallery and Smithsonian Museums (that's the Smithsonian Castle on the right) on the north and south. All week long, darting back and forth across the Mall from one museum to another, I'd linger for a while at the tipis or drop in at the large tent, where these unlikely bedfellows carried on conversations with people who were interested in why they were here. 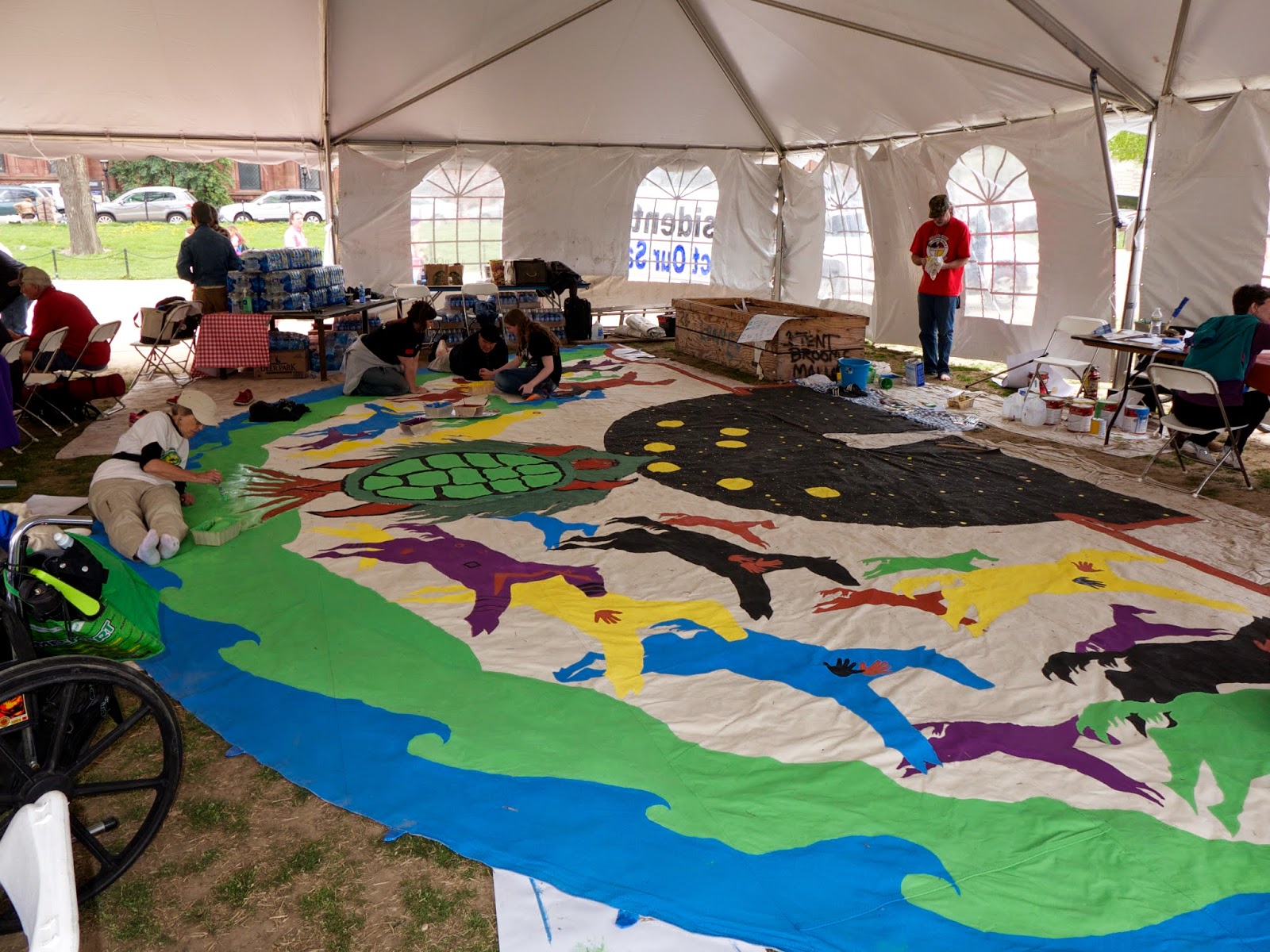 "Come back tomorrow to paint the tipi" said a Nebraska rancher to me as a semi-circular blank canvas was being rolled out on the ground. "Everyone is welcome." 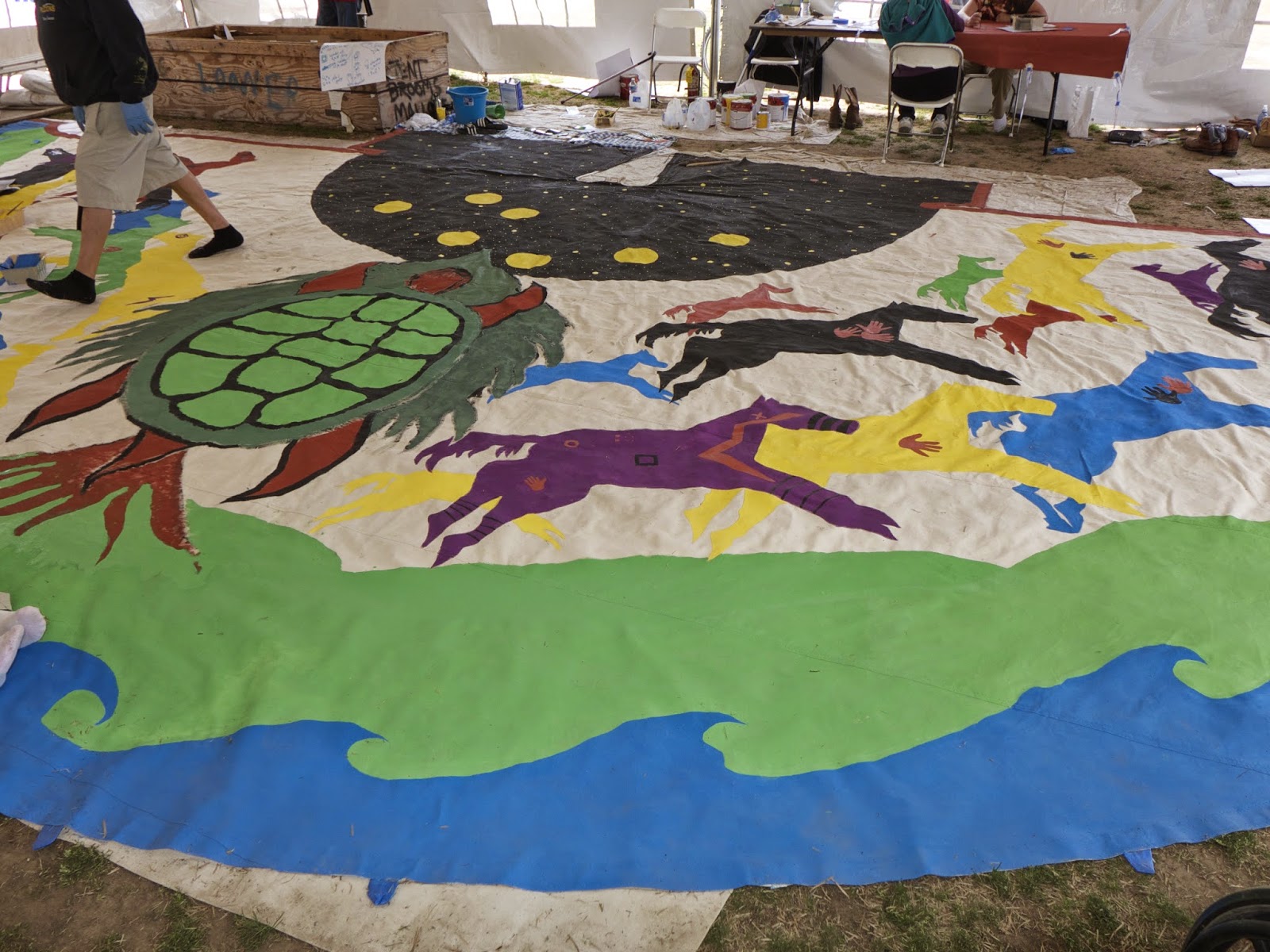 There were plenty of volunteers. While watching the painters on Friday, a man next to me asked about the next day's scheduled protest. "I work for the government and I want to make sure I'm part of this." As we left the tent, he told me more. "I'm with the Department of Energy. We're in big trouble if we don't stop this." 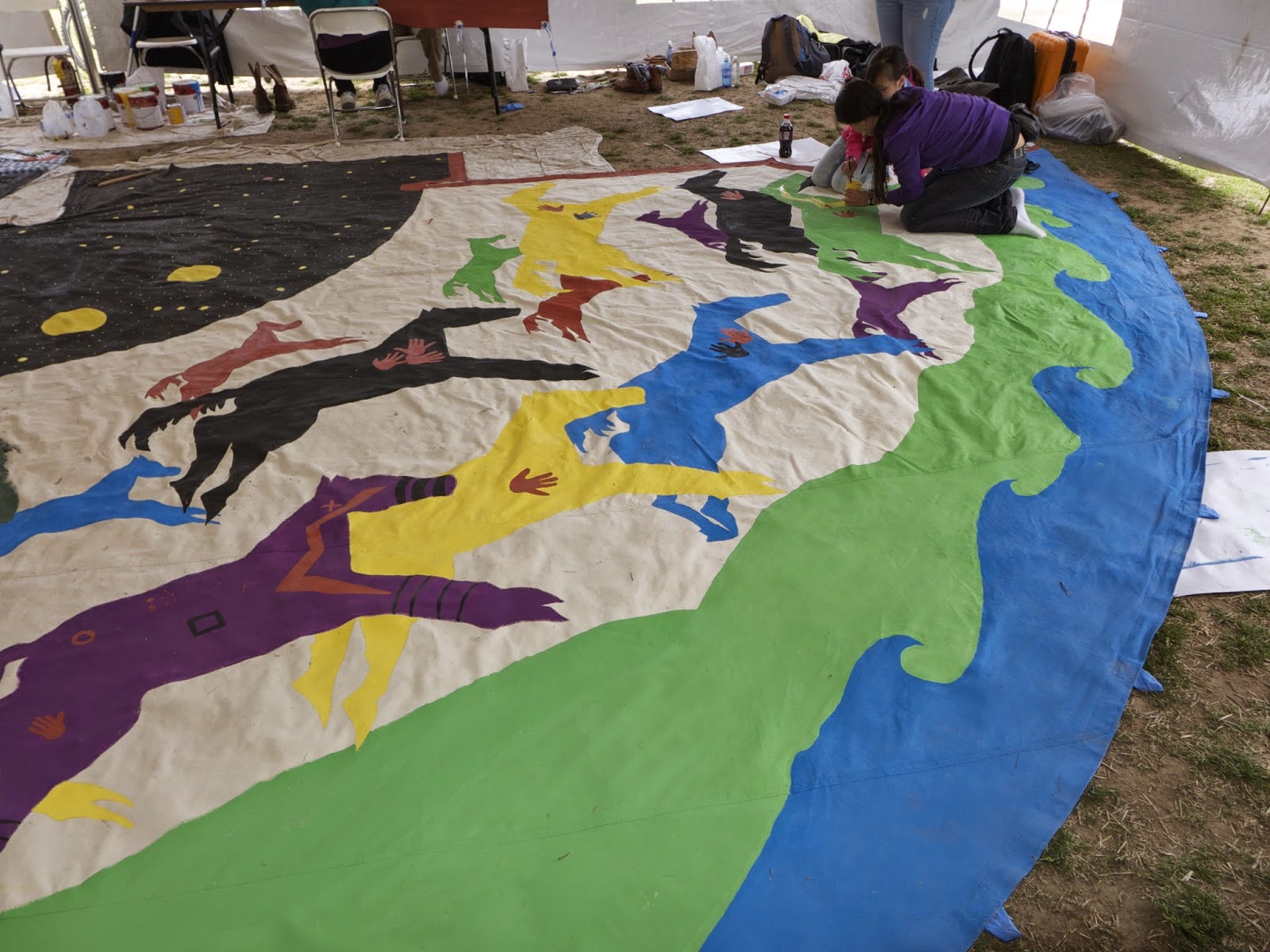 Once the tipi was finished, it was ready to be carried to the National Museum of the American Indian, photos of which you can see here. 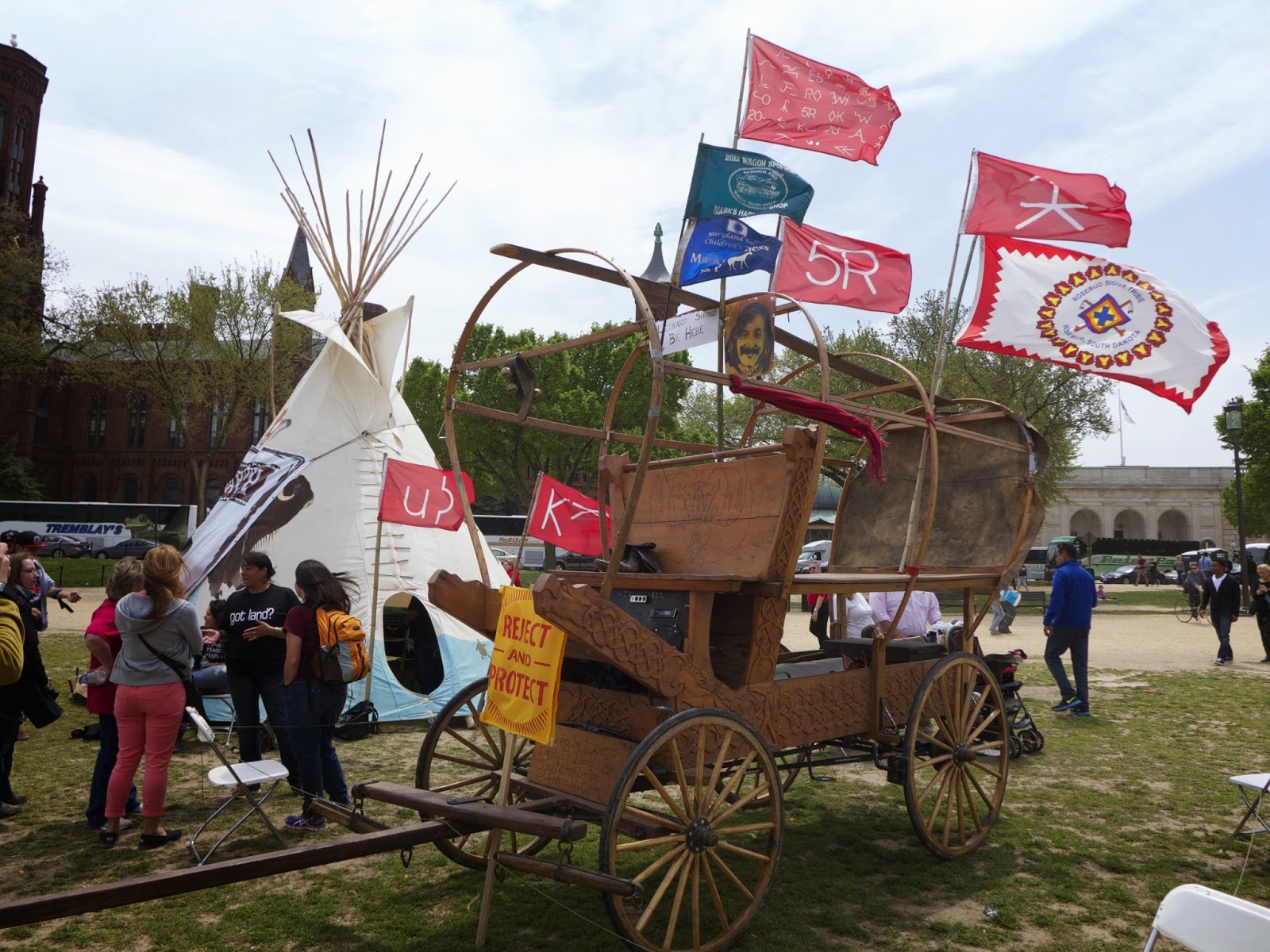 Quietly making their presence known, passersby were drawn to them, one by one, sparking conversations of personal stories. 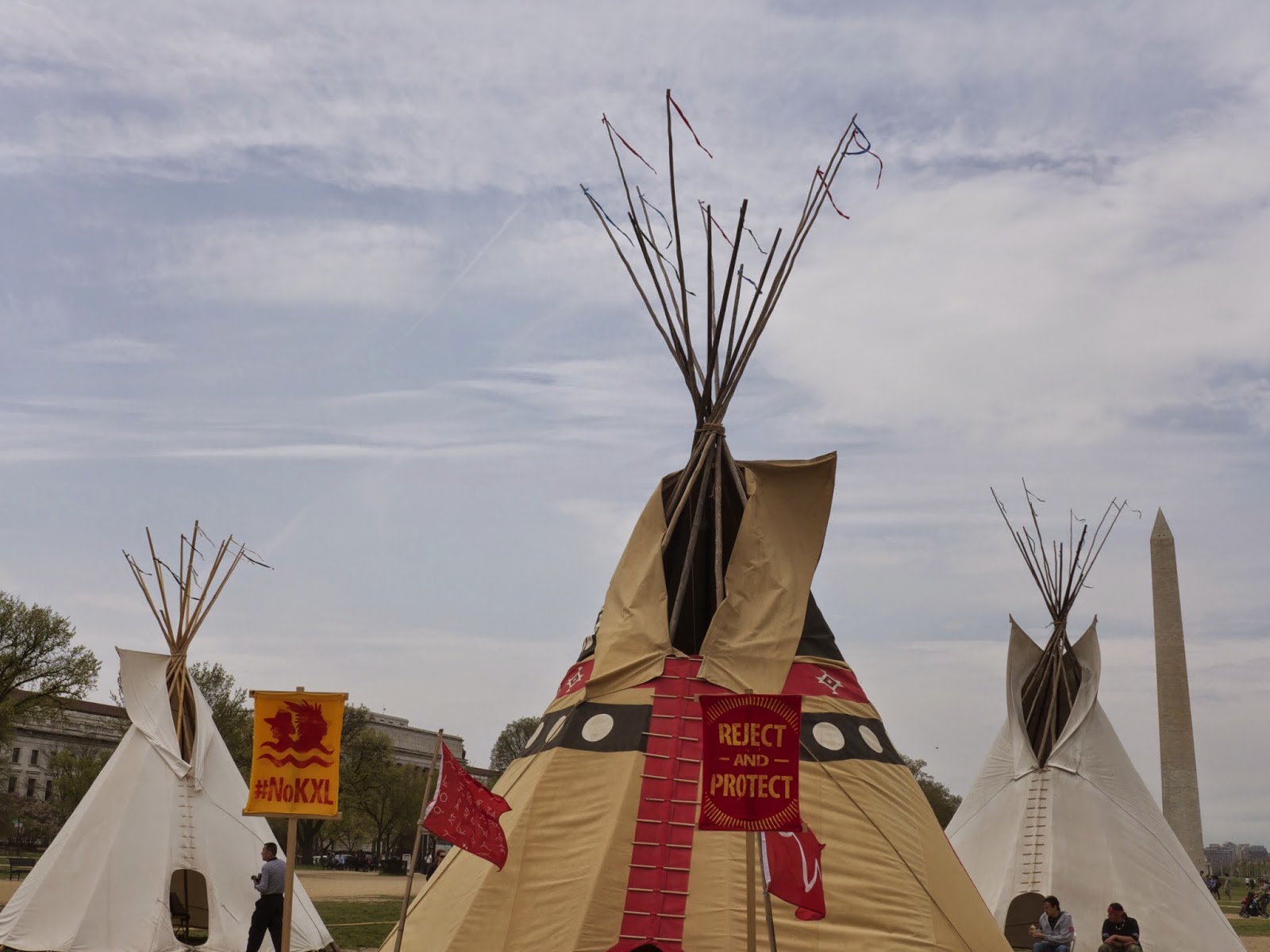 The encampment was the ultimate art pop up installation - here today, gone tomorrow - the purpose being to raise questions, to make us think. Neil Young put it beautifully here. 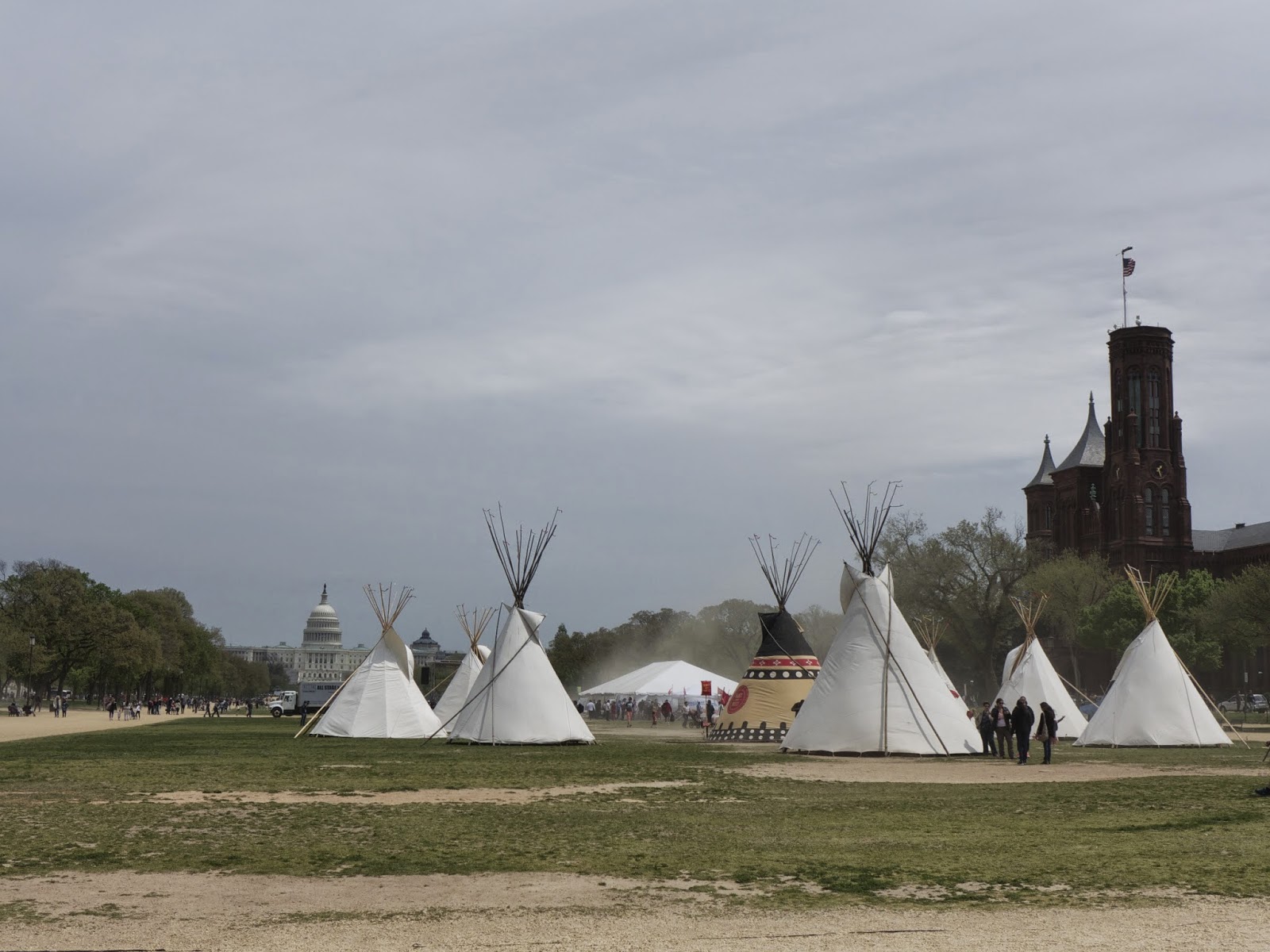 How many times in our nation's history have Indians made trips to Washington, D.C. to sign treaties? How many times have those treaties been broken? Will this time finally be different?