In 2005, Swiss architectural firm Herzog & de Meuron gave Walker Art Center a new building befitting a museum considered to be one of the nation's "big five" for modern art. 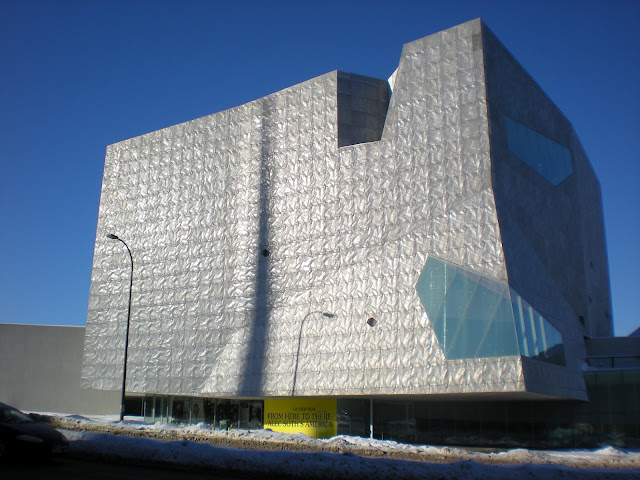 The Walker is recognized internationally as a model of a multidisciplinary arts organization, and the addition nearly doubled its size to include new galleries, a theater, and (I can attest to this) an excellent restaurant. 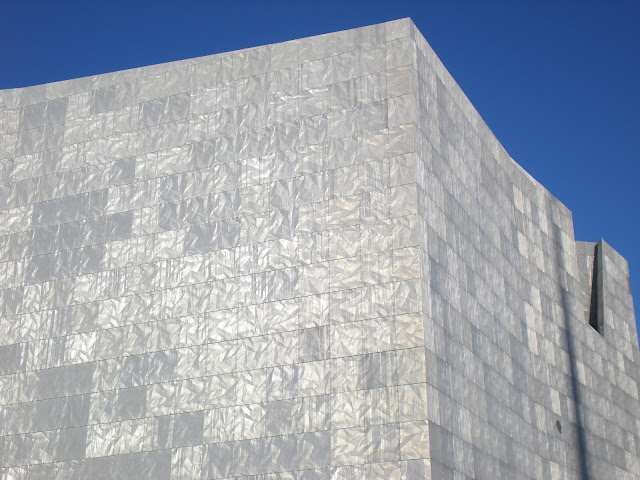 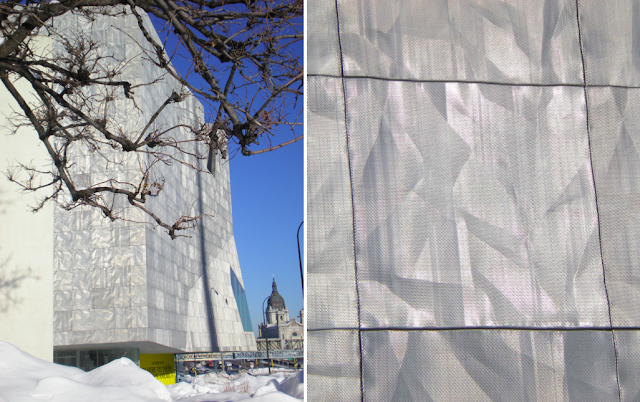 The crumpled high-tech screen 'skin' refracts light, changing the surface of each panel from moment to moment and providing visual interest, no matter what the weather. 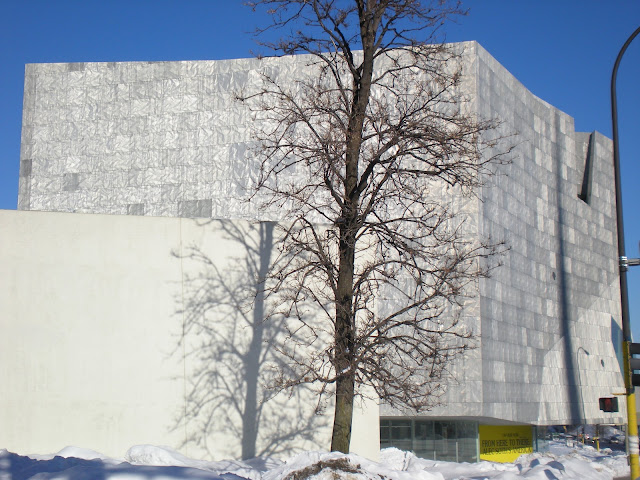 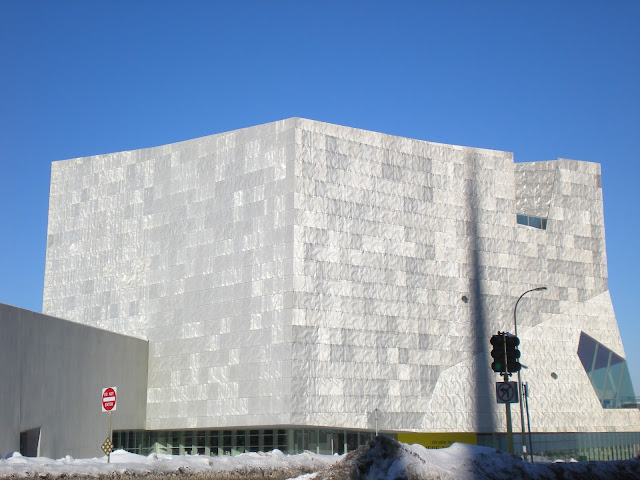 Multiple entrances and informal gathering areas give the new building a lighter, airier, more open and inviting feel in contrast to the original minimalist brick building designed by Edward Larrabee Barnes in 1971. (Larrabee also designed the Dallas Museum of Art.) 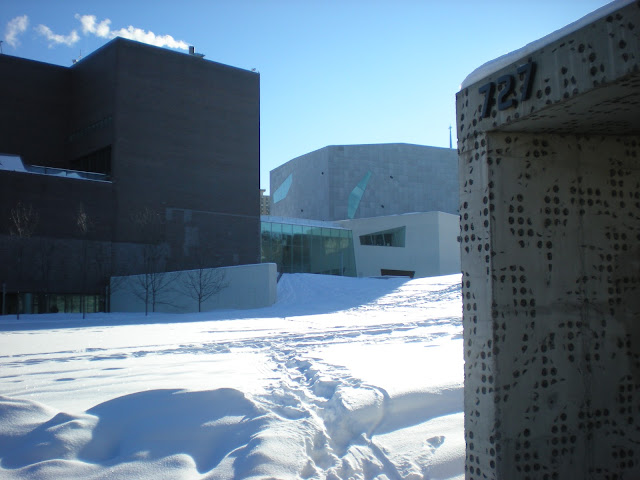 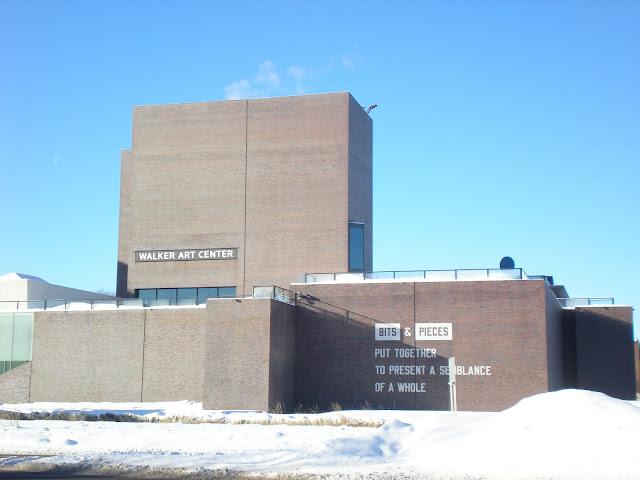 The sculpture below pays homage to the museum's founder, lumber baron T.B. Walker. In 1879, he established - and housed in his downtown Minneapolis home - the first public art gallery west of the Mississippi. In 1927 Walker Art Galleries opened on its current site and in 1939, funded by WPA grants, it became the Walker Art Center. 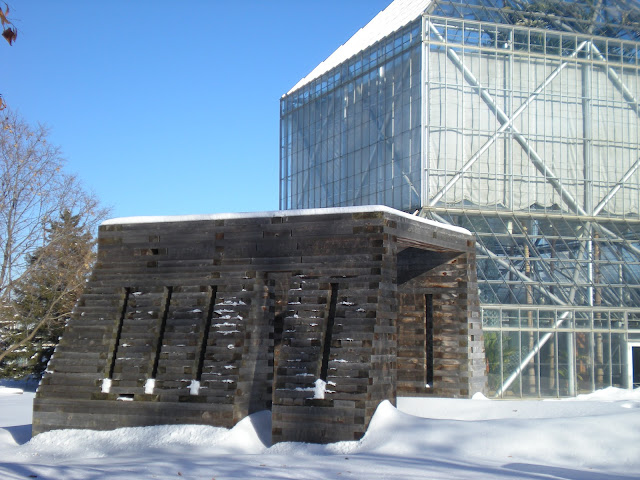 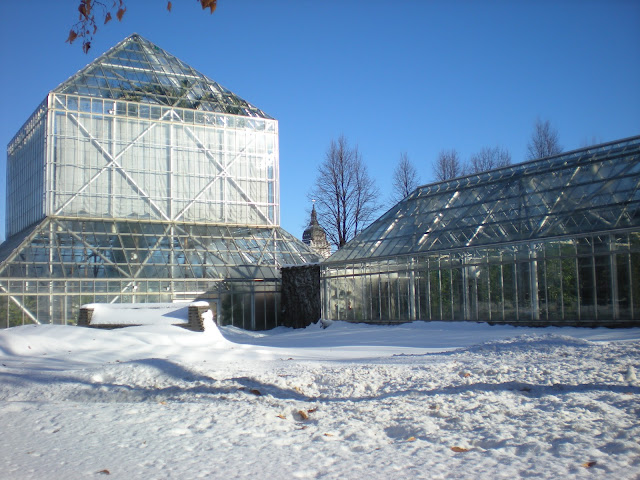 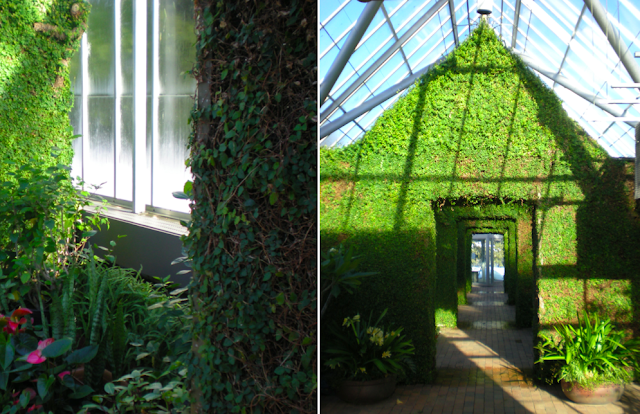 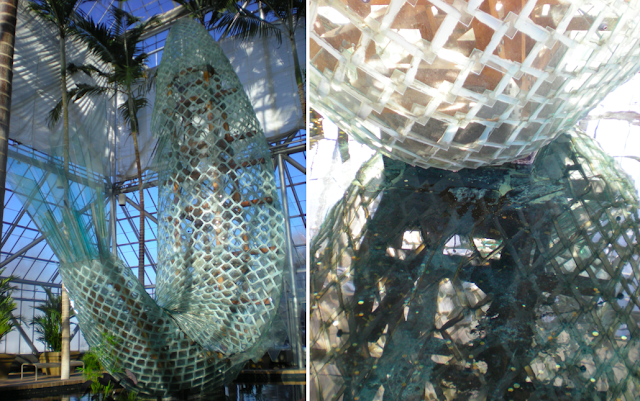 Soaring above a reflecting pool in the glass building built especially for it, Standing Glass Fish is one of many works created by Frank Gehry that features fish. Made of glass plates and silicone, the internal supporting structure is clearly visible. 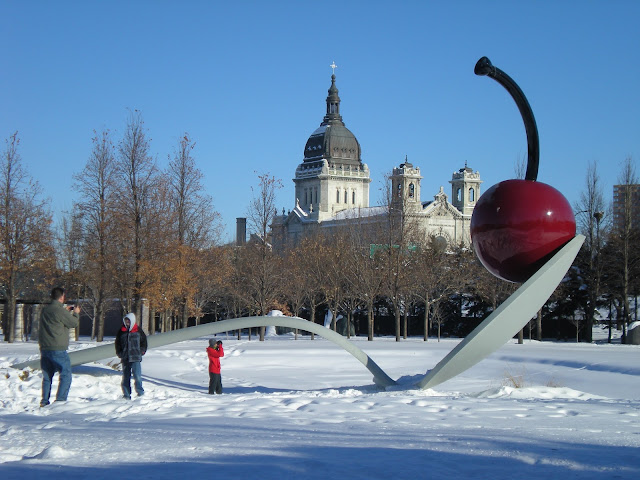 Claes Oldenburg once said, "I get very inspired when I eat, for some reason," and Spoonbridge and Cherry is the tasty result of one of his gastronomic experiences. Created with his wife and collaborator, Coosje Van Bruggen, the spoon's 'bridge' spans 52 feet. Known for their large scale work the world over, this was their first sculpture to include a fountain. 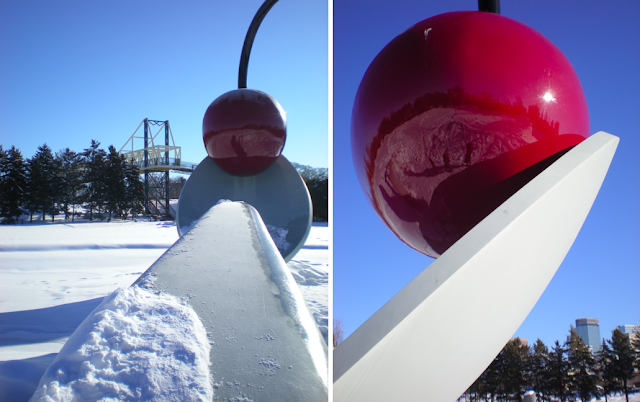 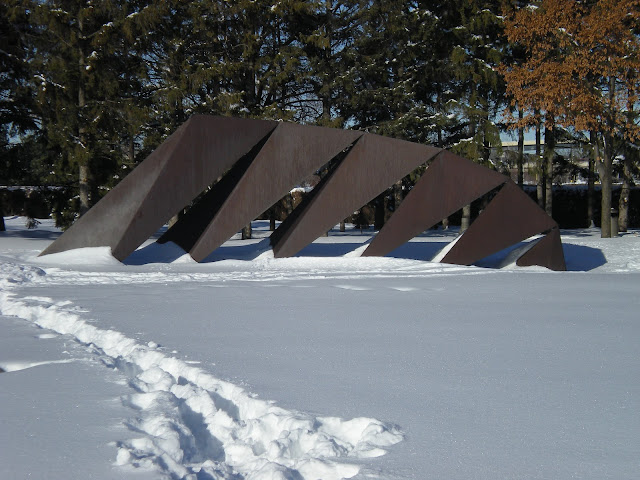