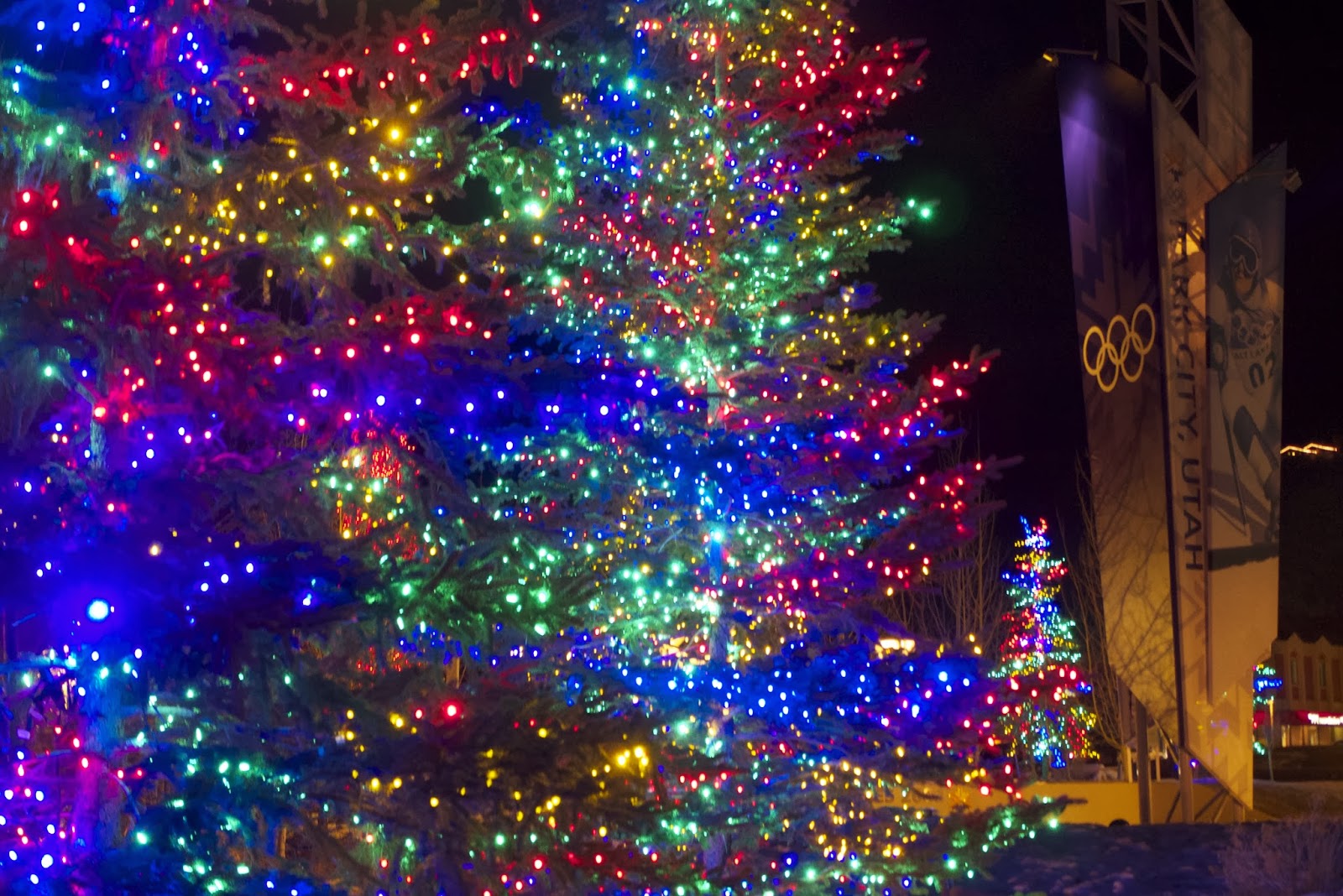 Now that the Winter Olympics are over, what will Russia do with the outdoor infrastructure after Sochi? They can look to Park City Utah for ideas. Recently, we took a trip to Utah to see the Ski Museum - and to discover if I could still ski after many years away from the sport. 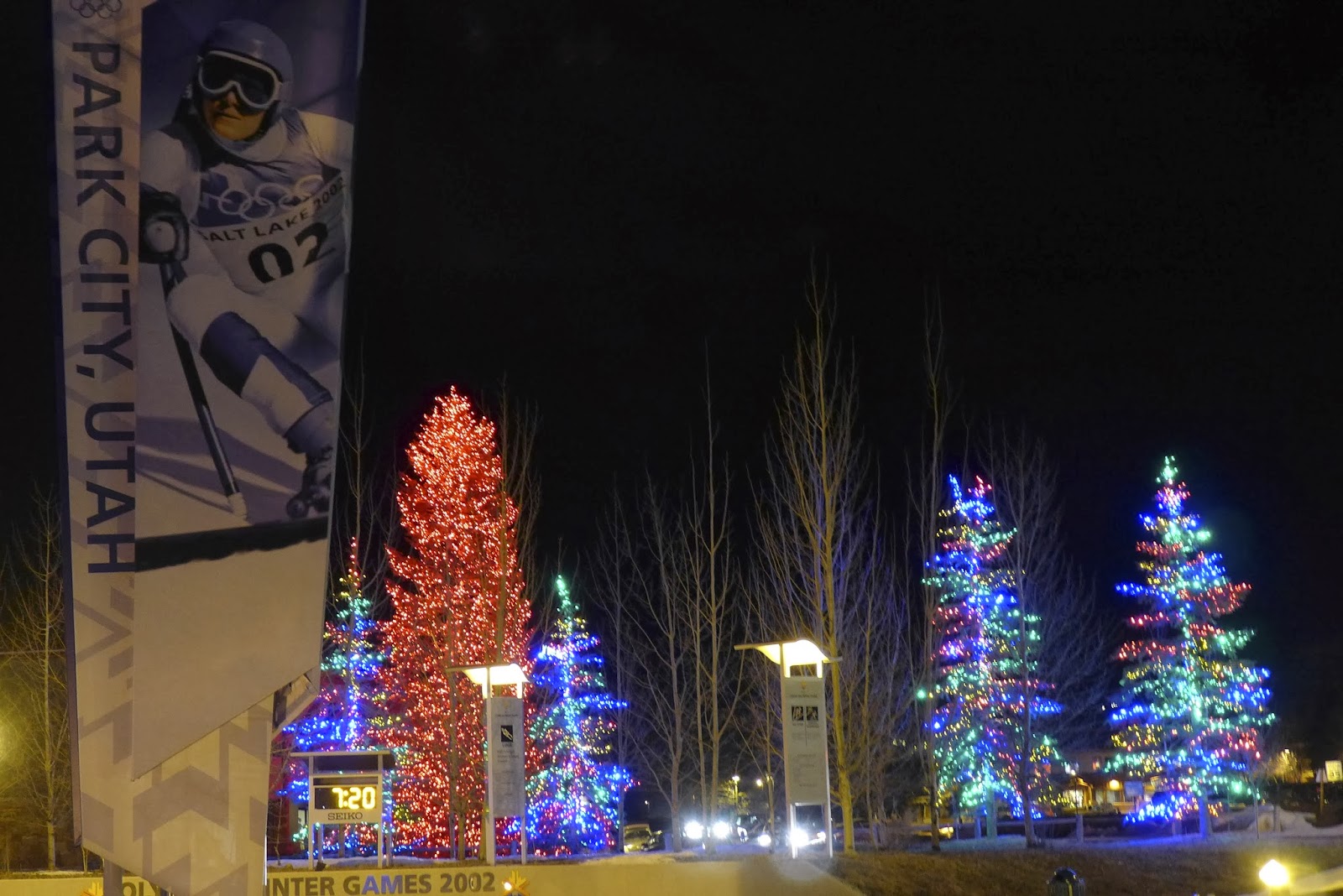 To locals, Park City, Utah is about the great outdoors, winter/spring/summer/fall,
24/7. But the world will remember it for the 2002 Winter Olympics. Though headquartered in Salt Lake City only 30 miles away, most events that had to do with tearing down a slope at breakneck speed with some sort of blade or board between body and snow threatening said body's very existence? That took place in Park City. 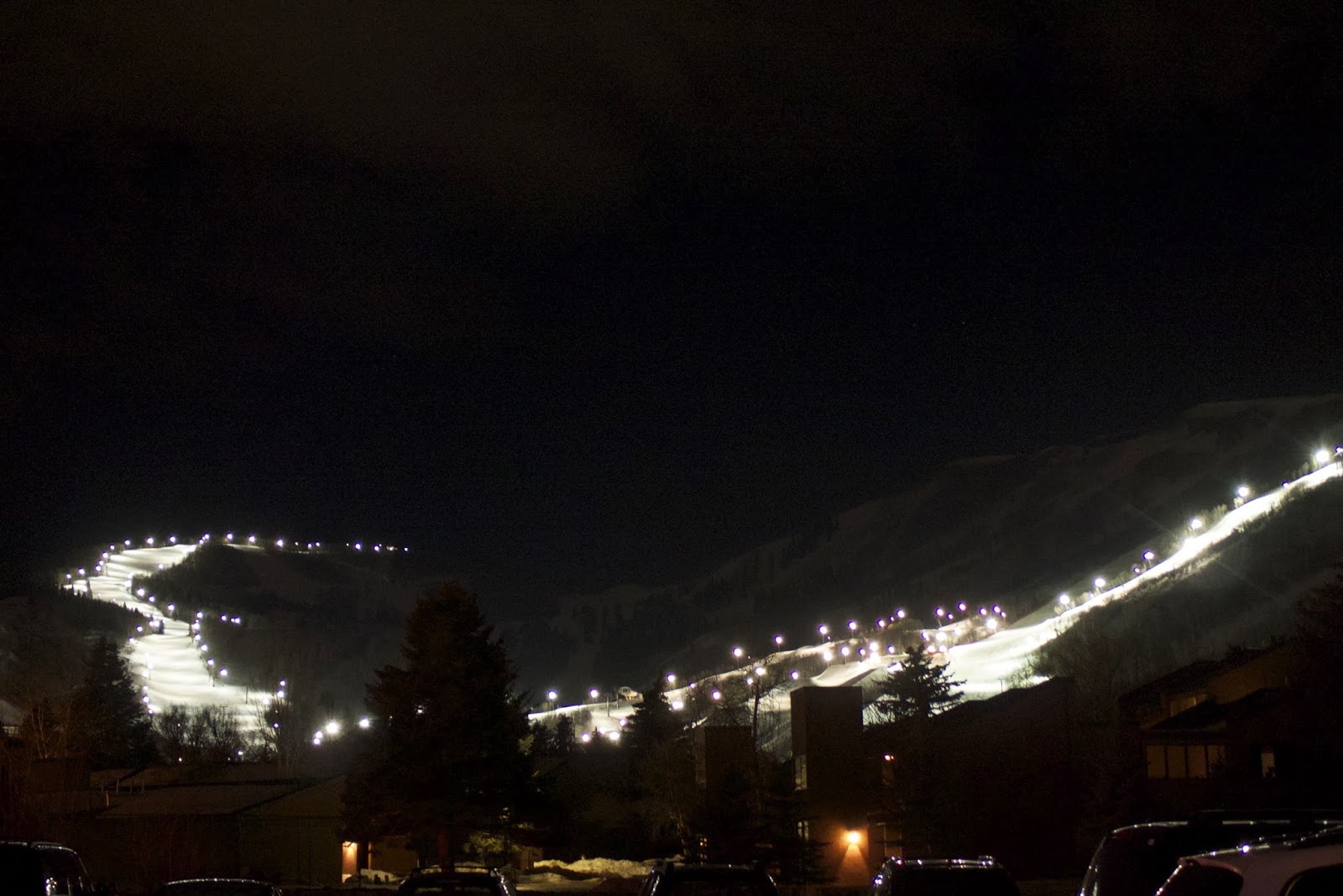 Ski runs lit up at night for those who can't get enough during the day are visible from town, causing one to wonder: who's out there practicing, with dreams of being the next Olympic champion? The next day would hold a clue. 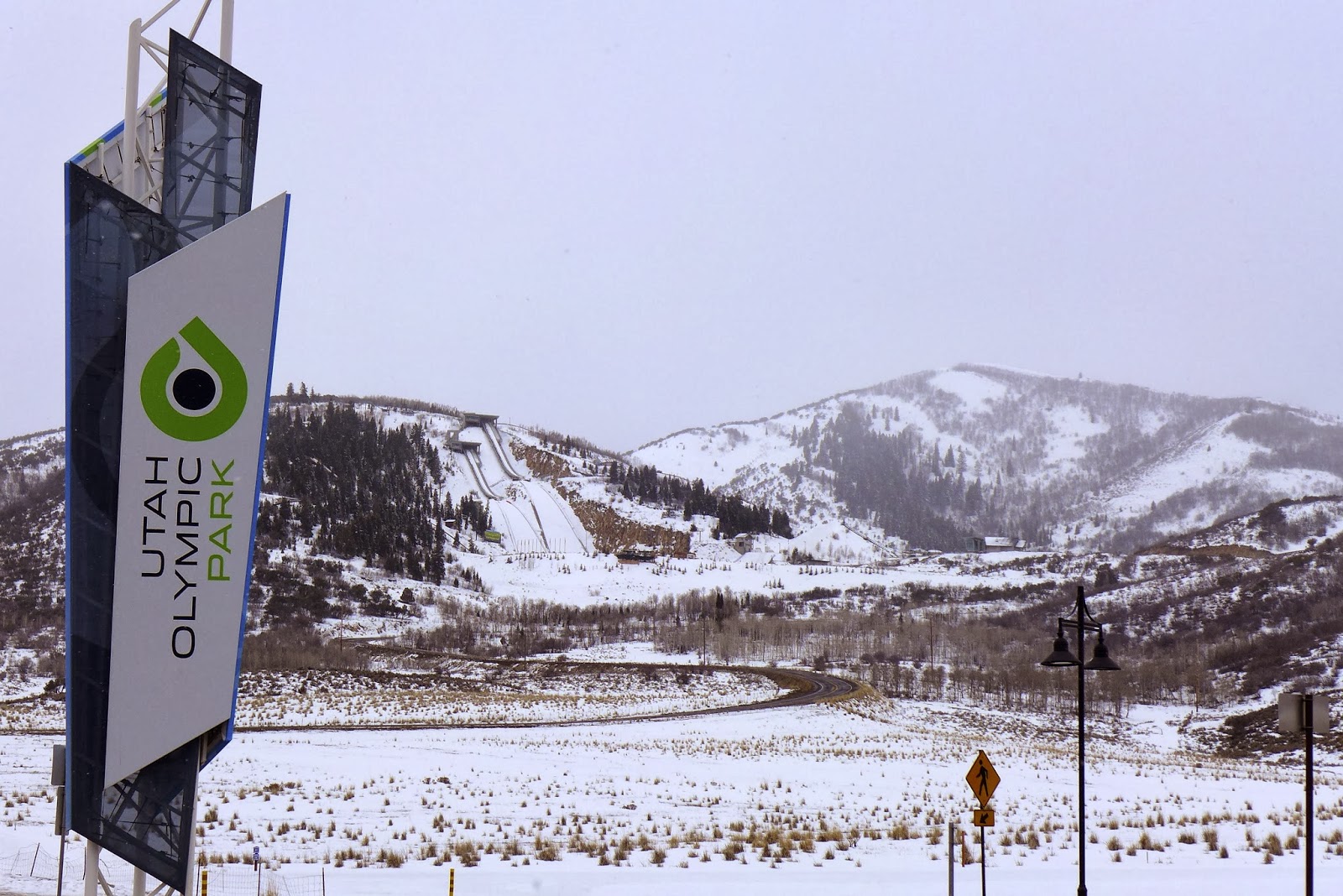 Set in Utah Olympic Park, the mysterious museum is hidden at the end of a long, winding road, miles up the mountain. 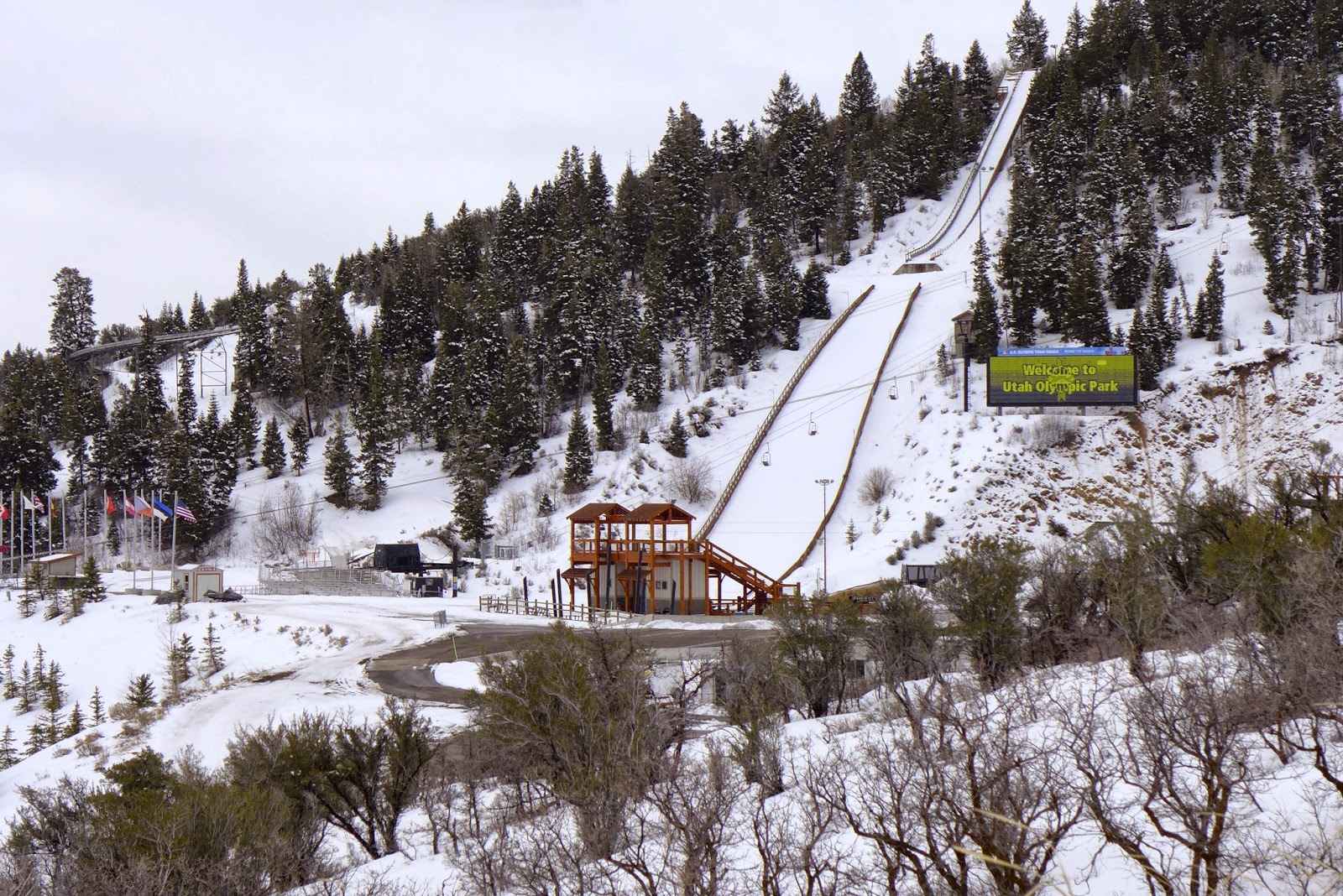 A grove of flags representing participating nations (left) and viewing stations sit below some incredibly steep runs. Both men's and women's giant slalom, snowboarding parallel giant slalom, and snowboarding half-pipe events were hosted on this mountain. 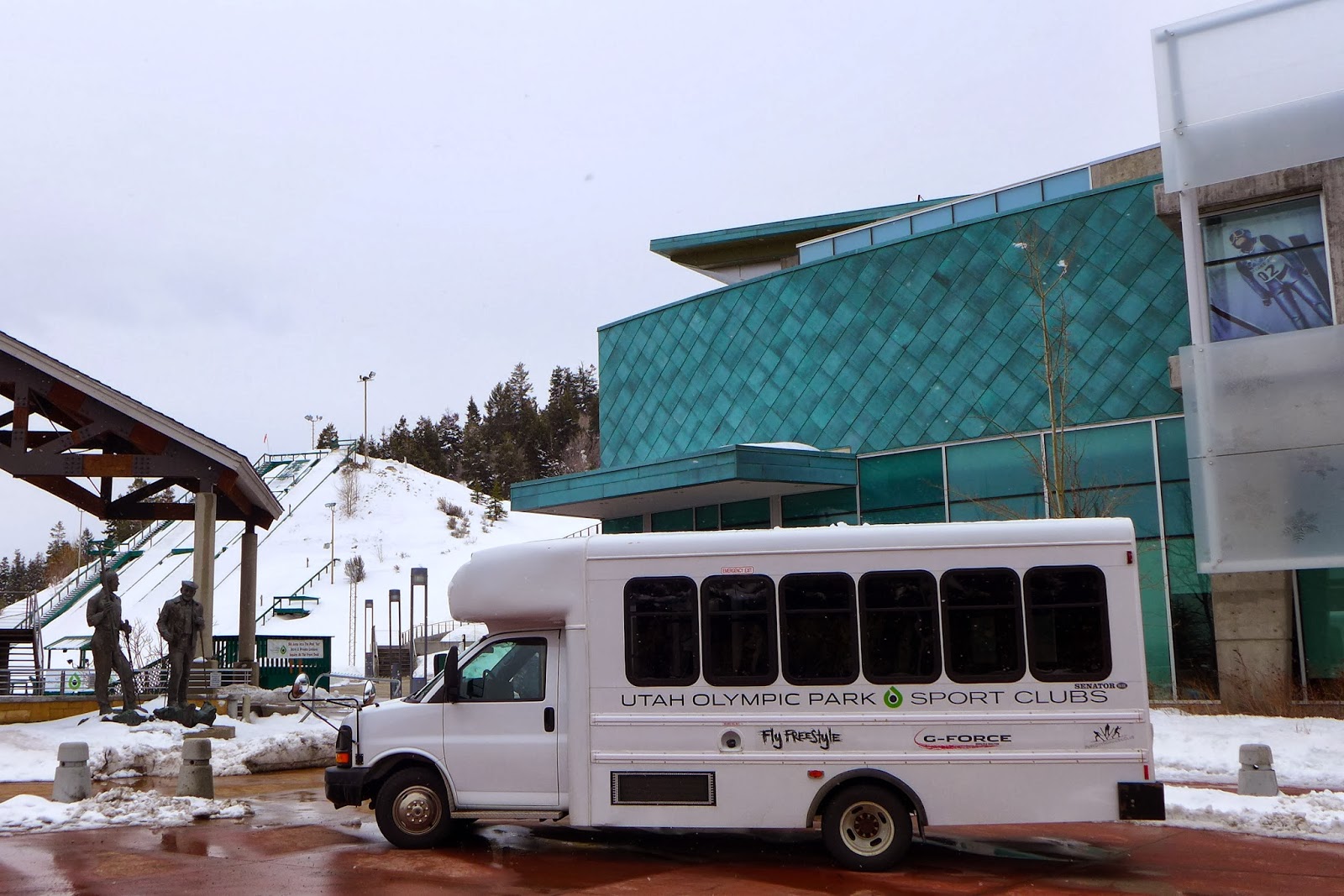 Once we reached the top of the mountain, it was anything but quiet... 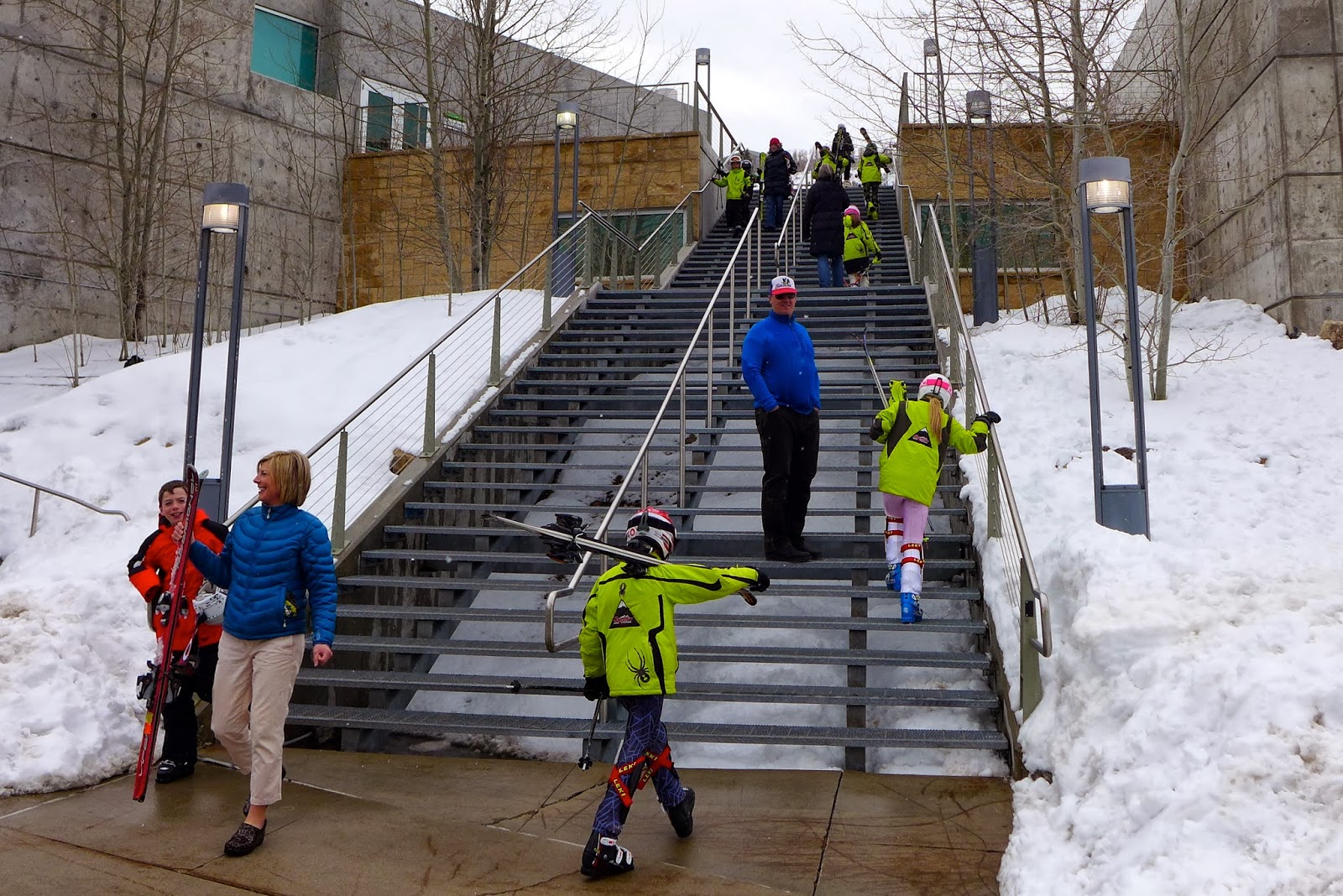 Kids! And lots of them! Ski and snowboarding school was in session!What a flurry of activity as children and parents clambered to and from their lessons. 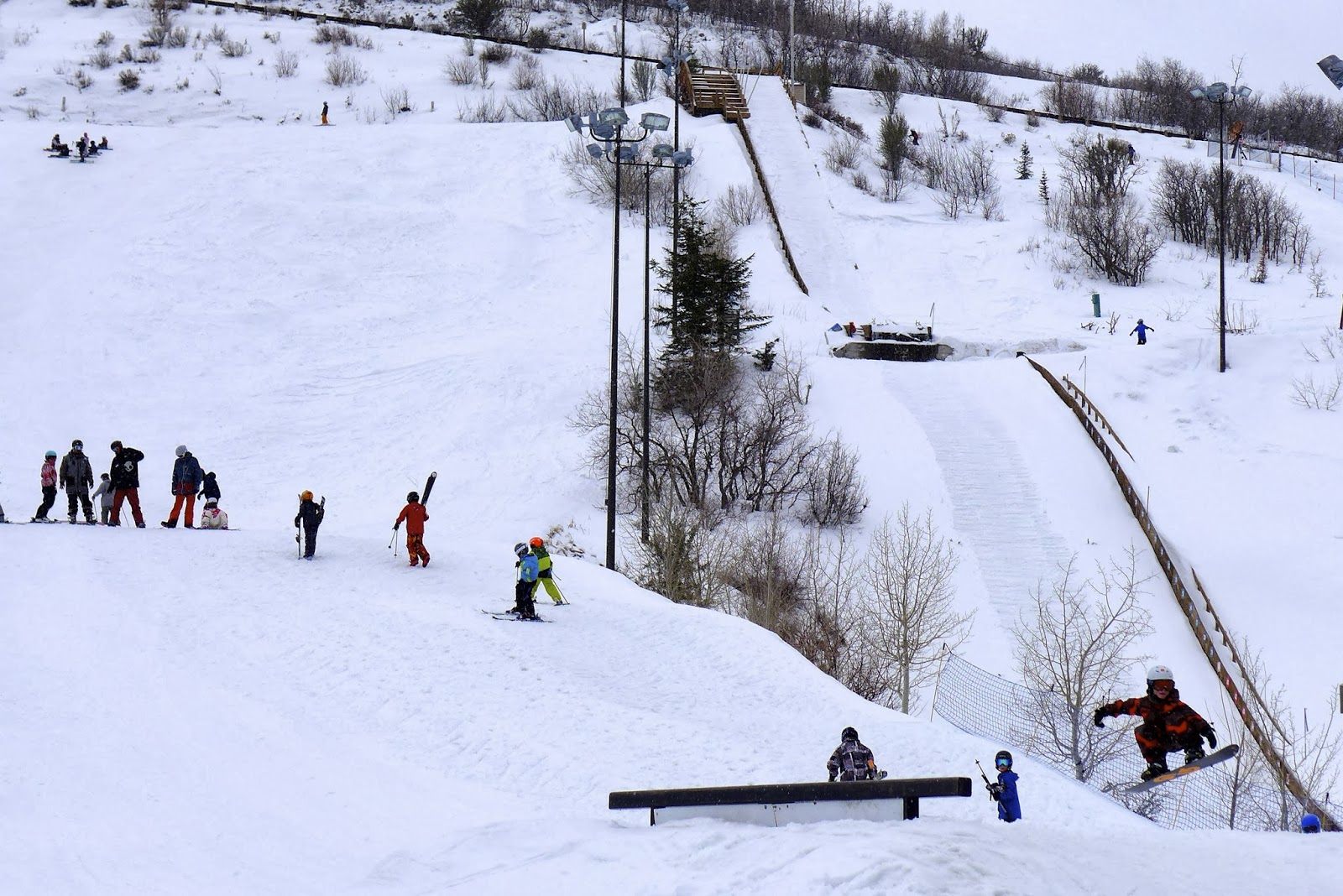 This little snowboarder, catching some air, is ready to jump out of the frame. 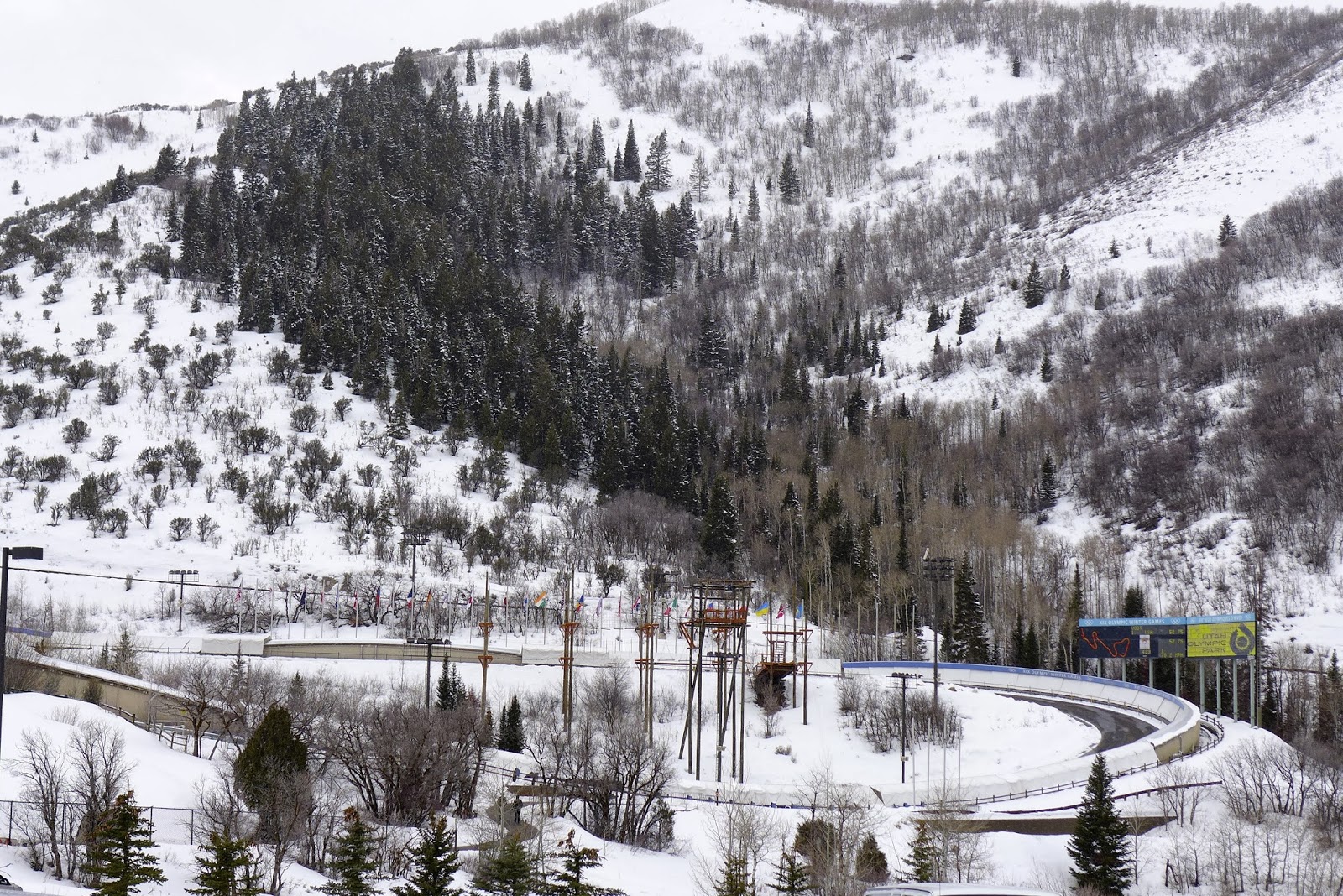 As we explored a little more, we were told that for a fee, you can ride an actual bobsled! In the future, we'll head into the museum and see a real one.