Driving west on Olympic toward the beach in Santa Monica, inhaling the fresh ocean air, you may notice that something other than palm trees have popped up. 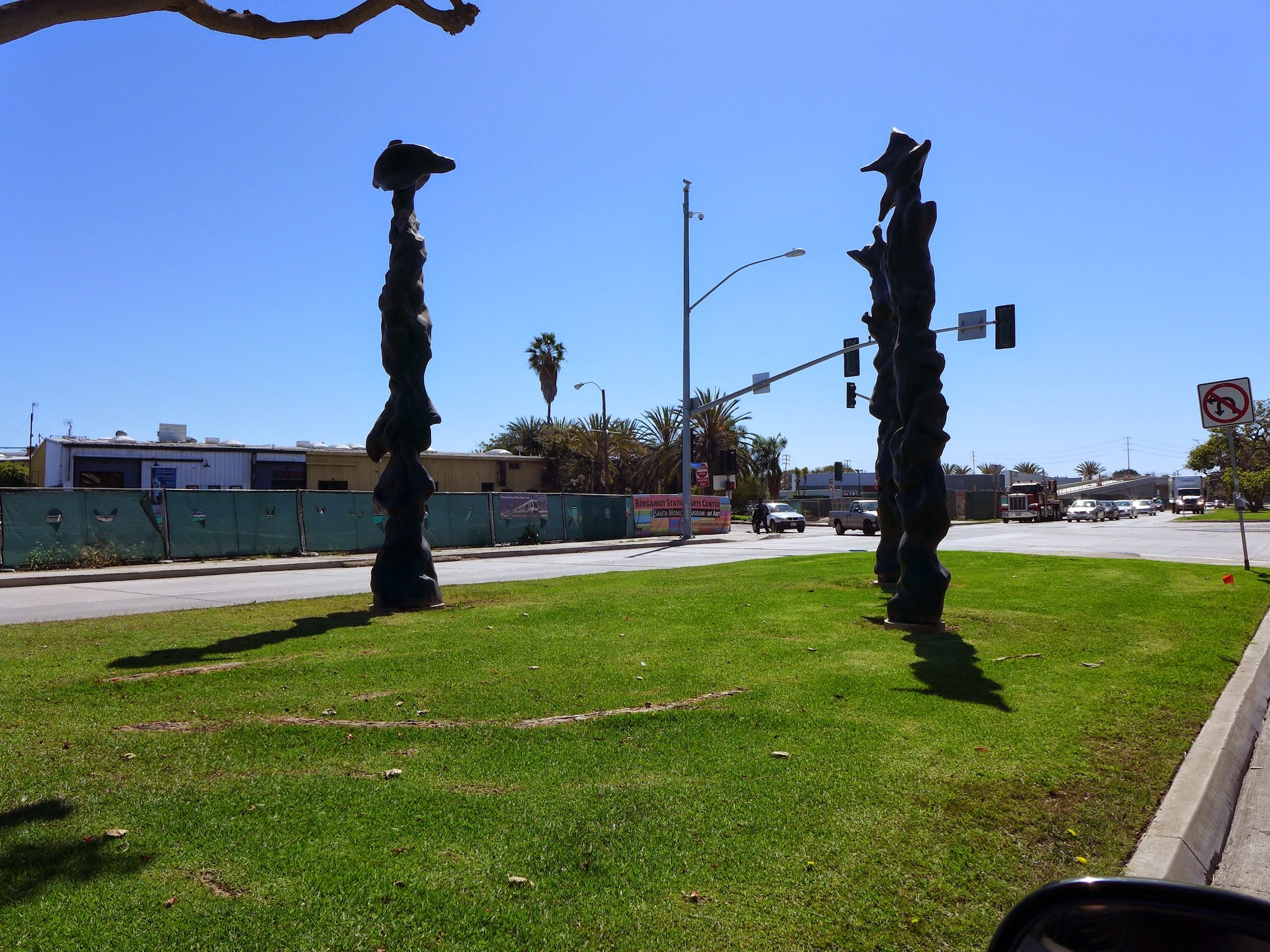 Three bronze sculptures rise from the middle of the boulevard, tall and majestic. The artist has been well-known for his music over the last five decades, but that's quickly changing. Herb Alpert is a multi-talented man. 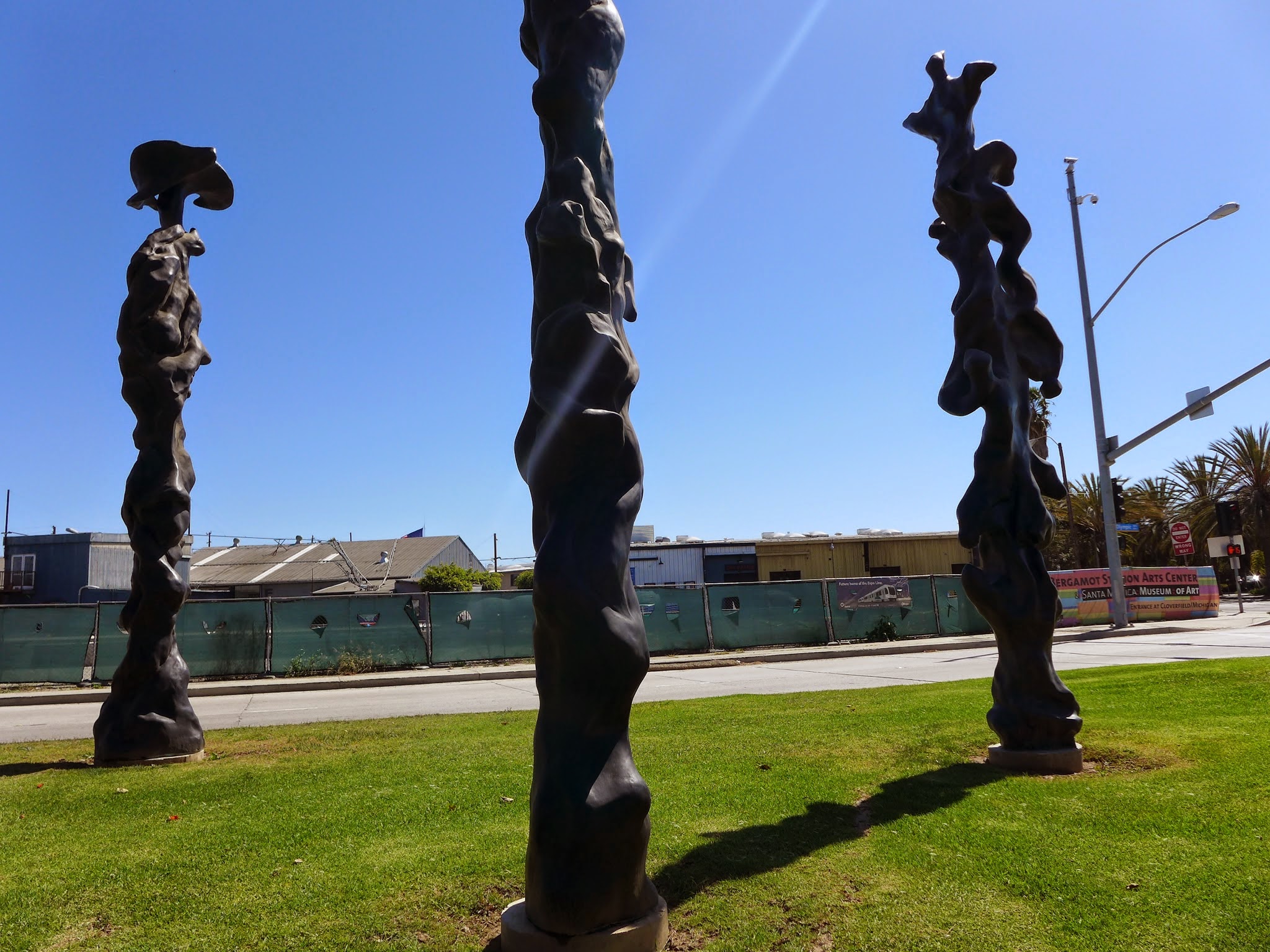 In the 1970's, worn out from the stress of traveling and performing, the musician took up painting, then sculpture, as a way to relax and keep his creative juices flowing. On another day, overcast skies cast a softer light on what Herb Alpert refers to as "spirit totems". Influenced years ago by an installation of Native American totem poles in a Vancouver park, he began making his own small totems out of clay and wax, abstracting them - like jazz - until he came up with his own version of the form. Now huge, and cast in bronze, some stand up to 18 feet tall. 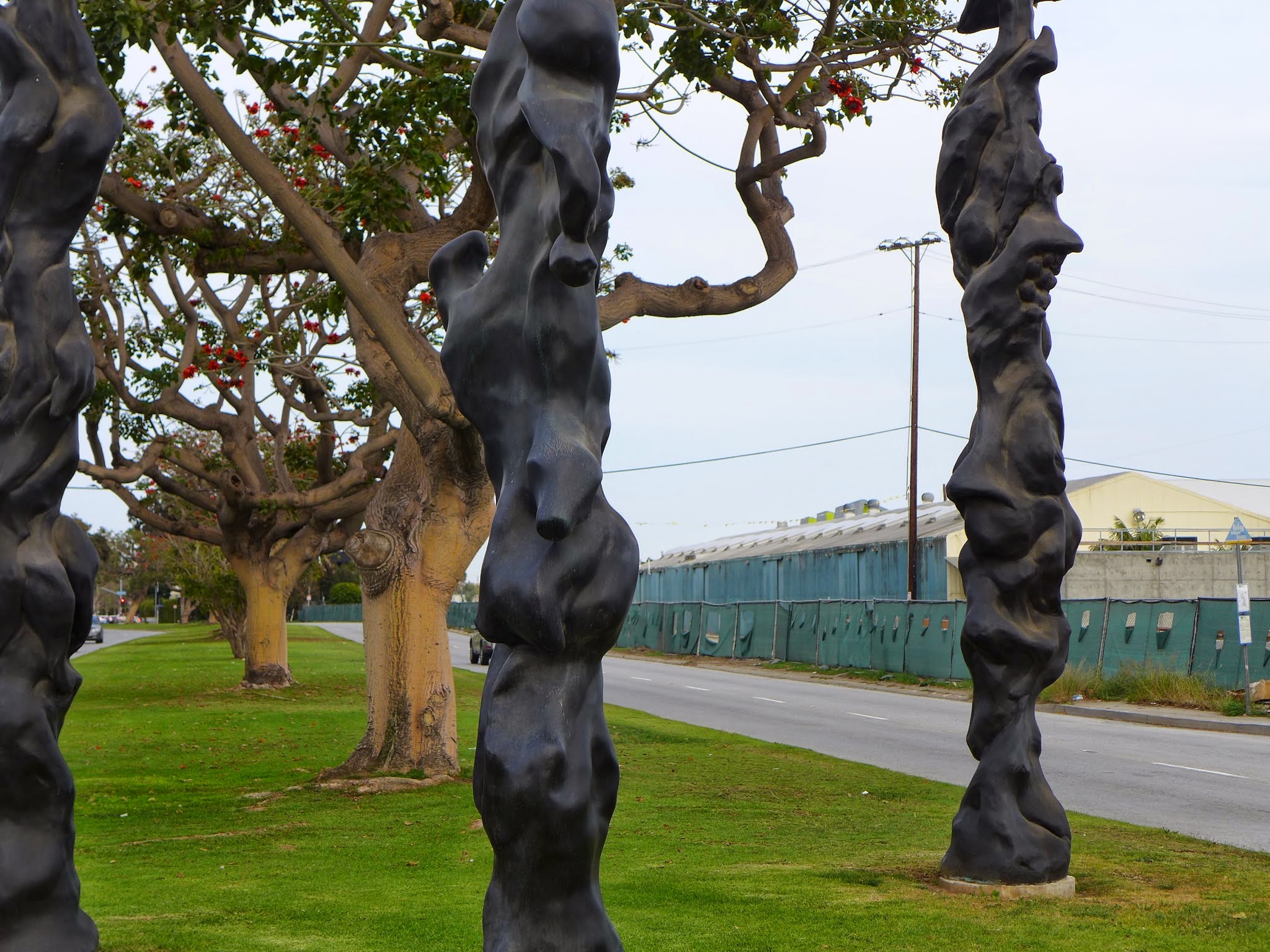 The gnarly, twisted shapes of Coral Trees and sculptures live well together. 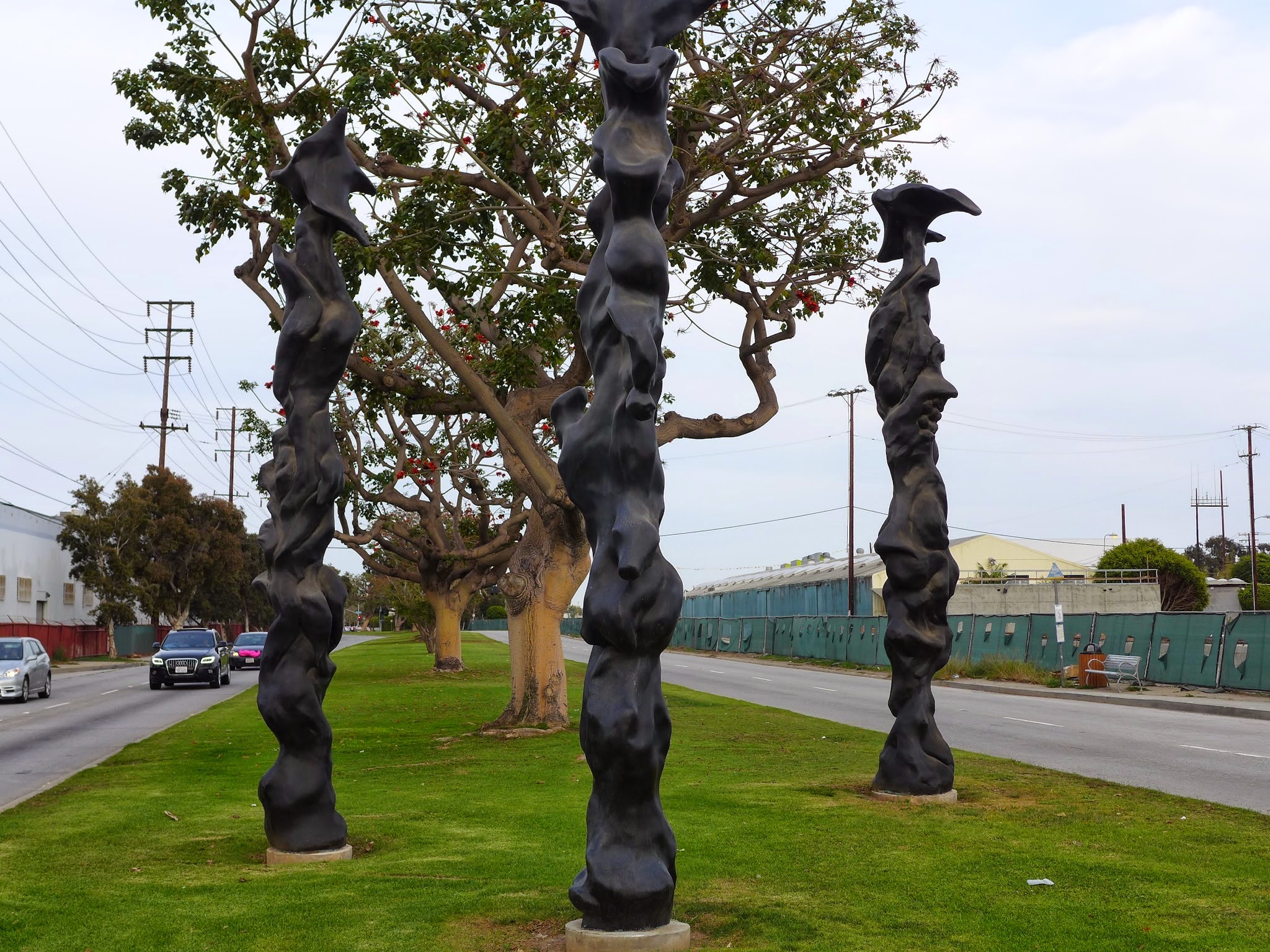 But this isn't just a California thing. New Yorkers can see different spirit totems in front of Lincoln Center until April 25th. 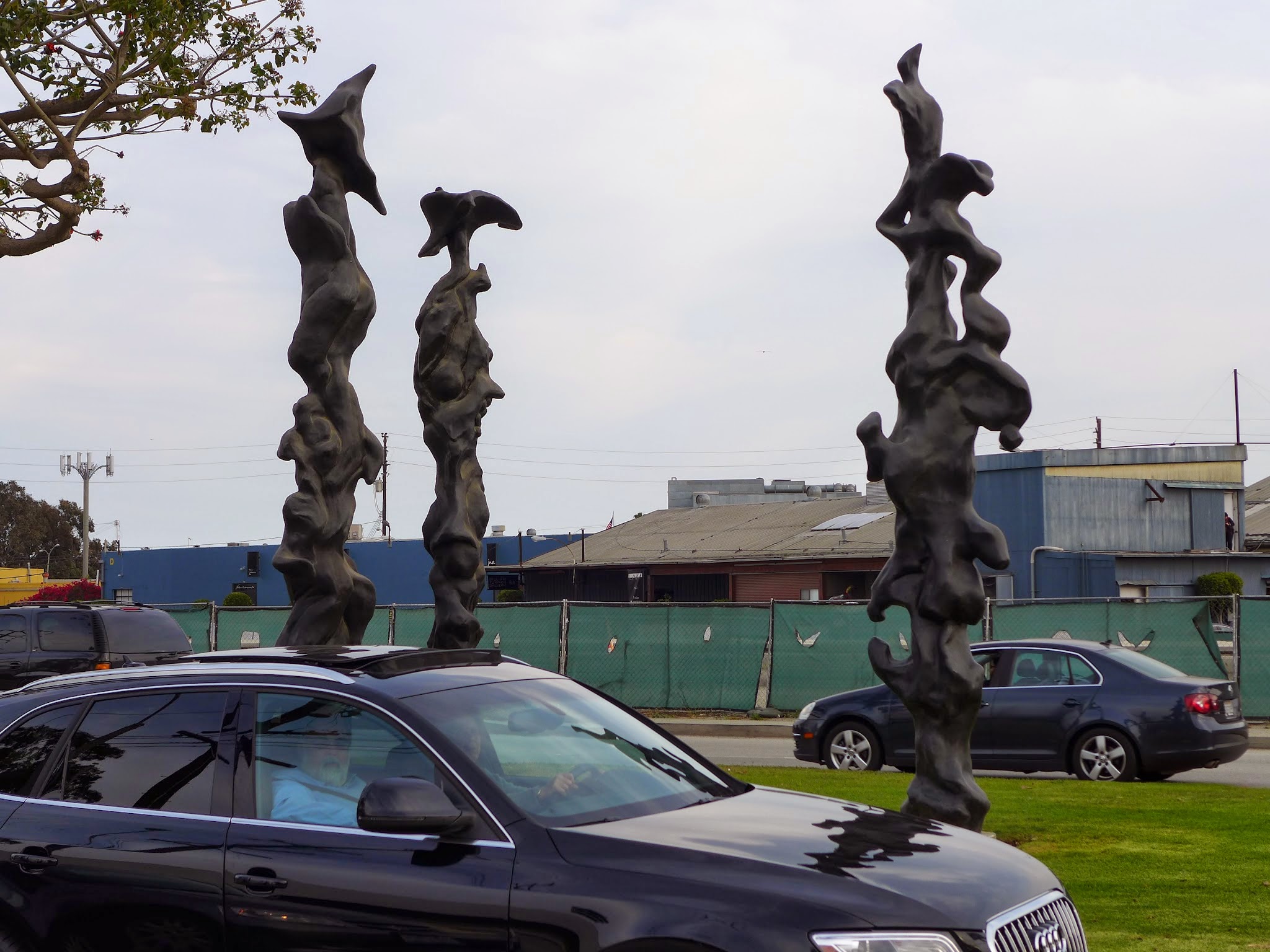 Busy traffic activity makes the totems seem even more solid and composed. But soon there'll be more than traffic and cyclists whizzing by. Take a look behind that ugly fence. 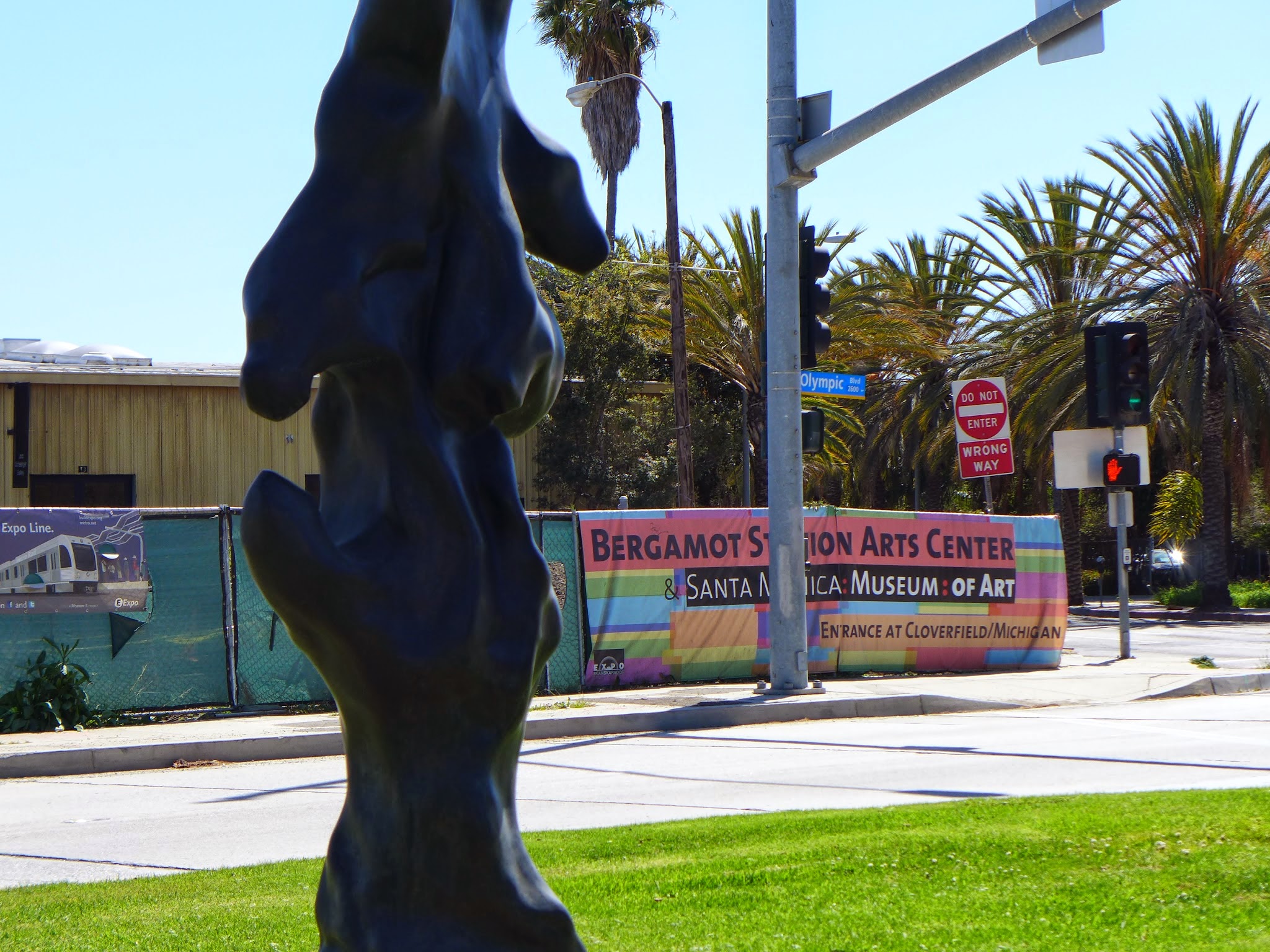 Besides a small village of galleries at Bergamot Station and the Santa Monica Museum of Art (all of which are coming up in a following post) there's something else arriving that's long overdue, something that Angelenos have been waiting for since the 1950's. 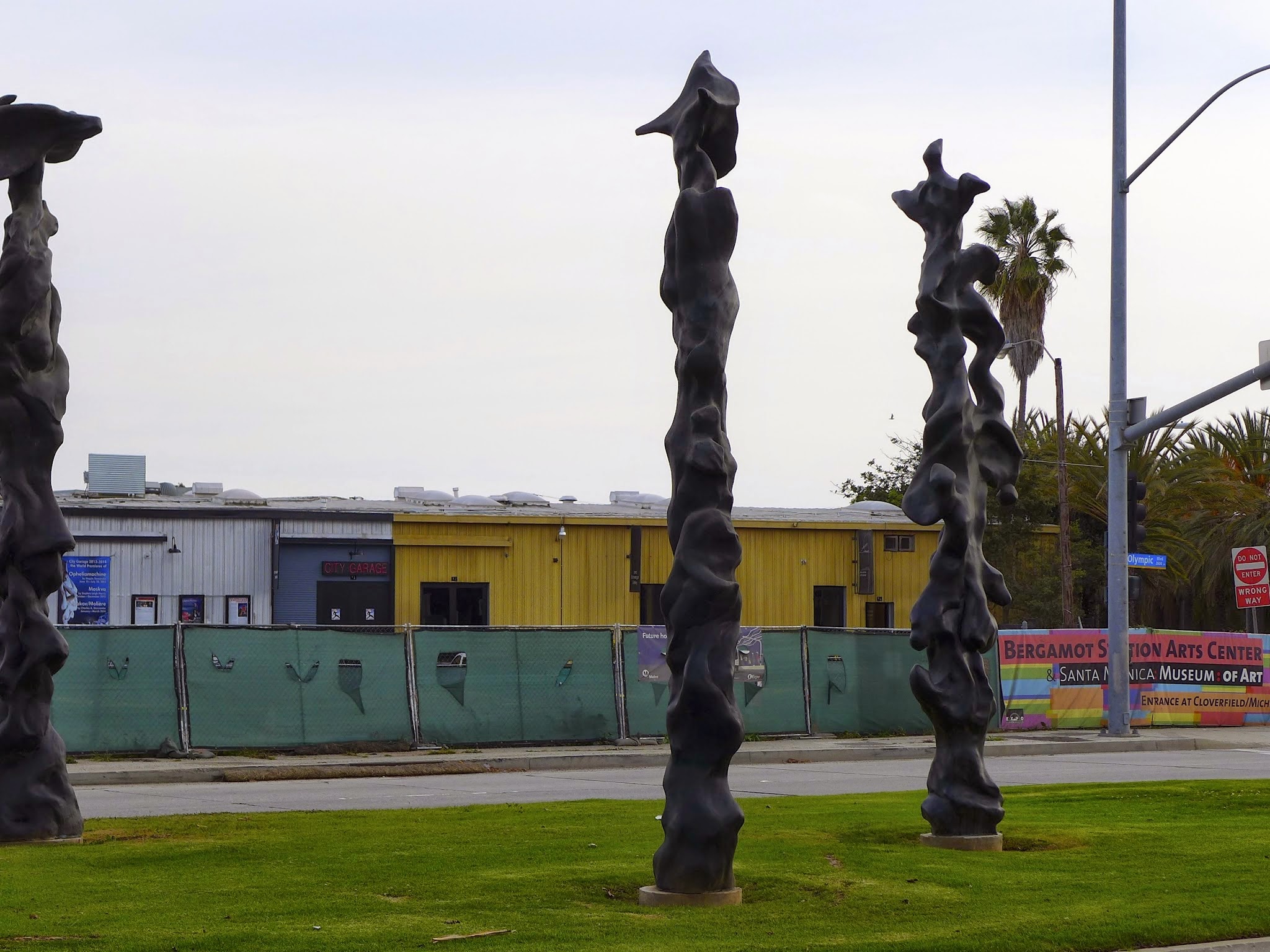 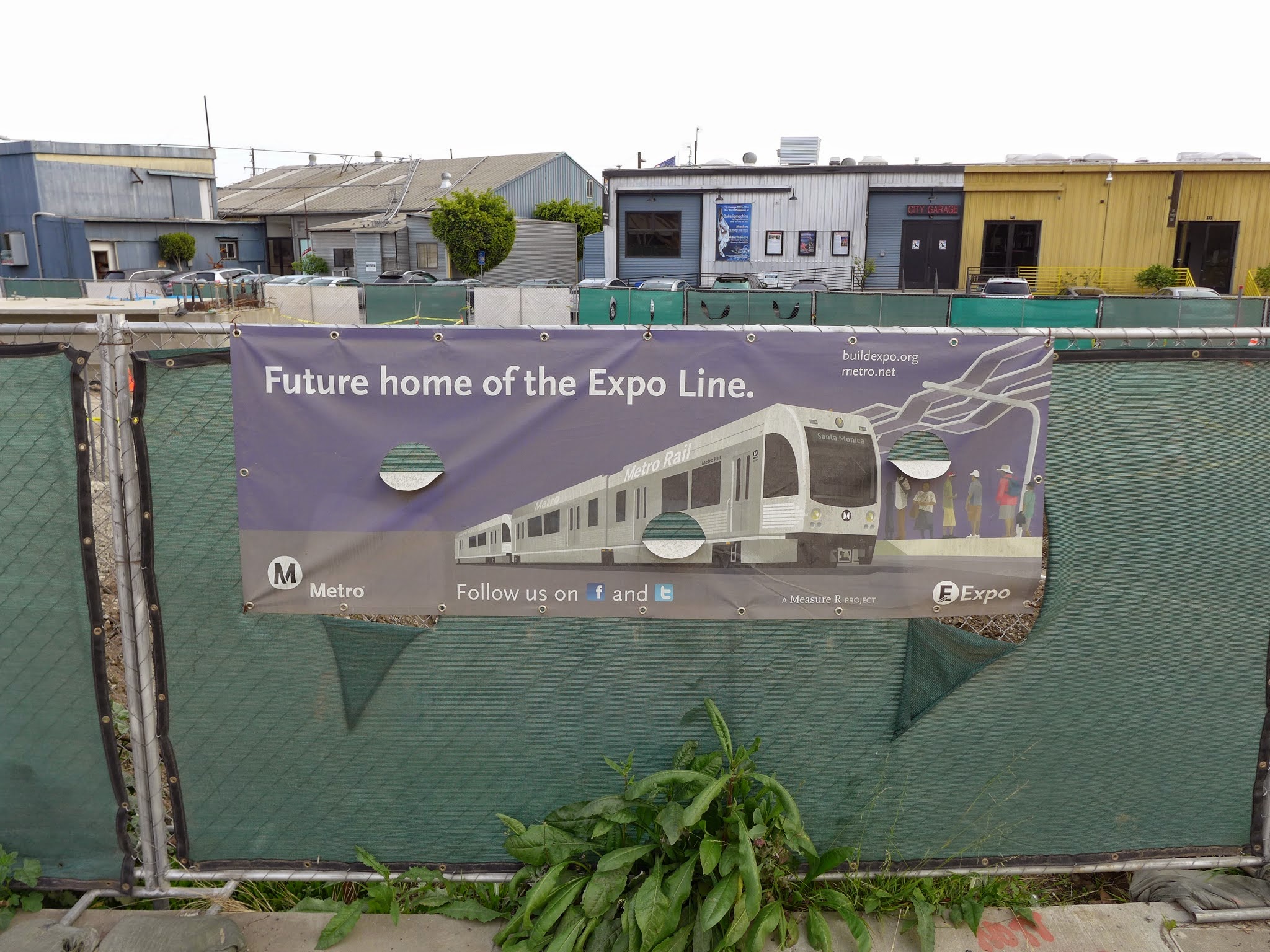 The return of the rail system! Los Angeles used to have quite an extensive one that got ripped out thanks to the advent of freeways and lobbying automobile companies. But today, public transit is finally making a comeback in the form of the Expo Line. 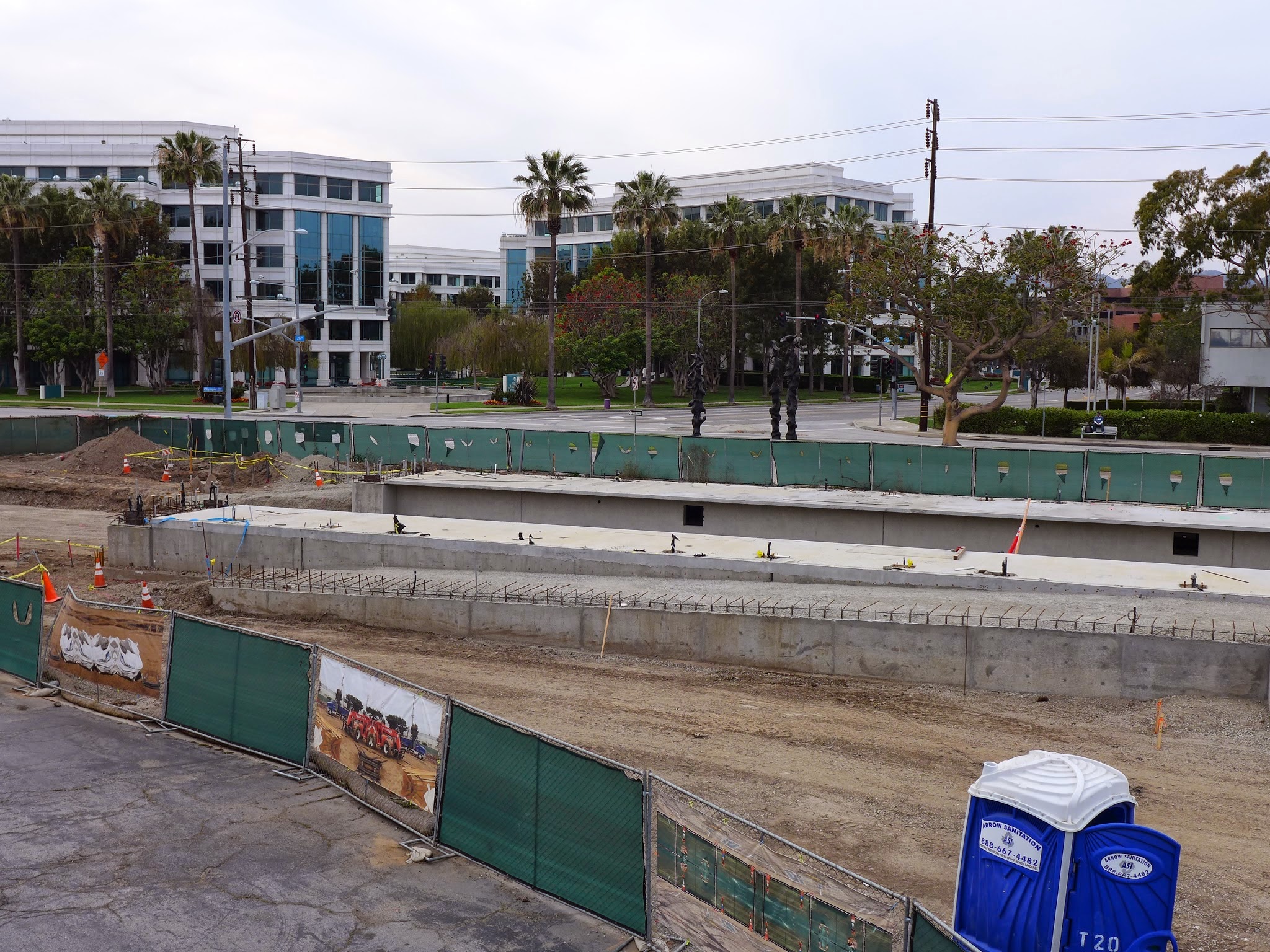 In fact, Bergamot Station used to be a stop on the line prior to its demise. How poetic that within 100 feet of the old, destroyed rail line, bright shiny new ones are being installed. Soon, people will be able to take public transportation to see art. In LA! Let's take a moment celebrate that fact with a bit of music. Take us out, Herb!