If you smell oil driving down the 5800 block of Wilshire Boulevard in Los Angeles, don't worry. It's not your car...it's a tarpit! An actual open tar pit with life-size replicas of mammoths! 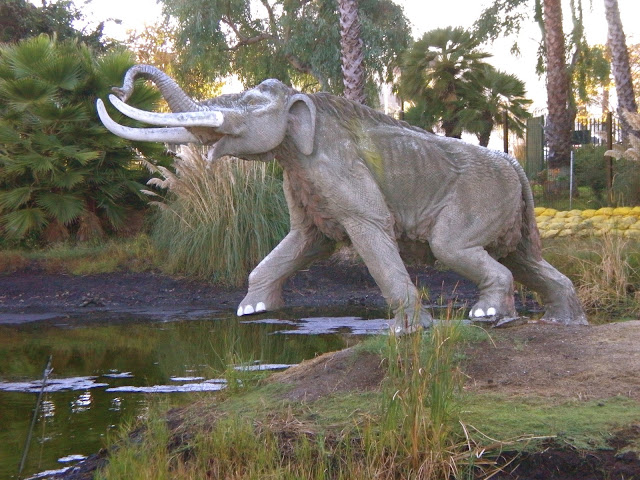 In an area of what was to become Los Angeles, arriving Spanish settlers found a number of tar pits in the large plain where, in the first two decades of the 20th century, hundreds of thousands of fossils were discovered. Surrounding the pits were bones of large birds and mammals, covered in asphalt, presumed to have died of thirst. Mammoths and saber toothed cats that were stuck in the pits slowly died there, but not before being attacked by predators, who would attack the strugglers only to meet the same fate as their victims.  Text and research by Matthew Slabey. 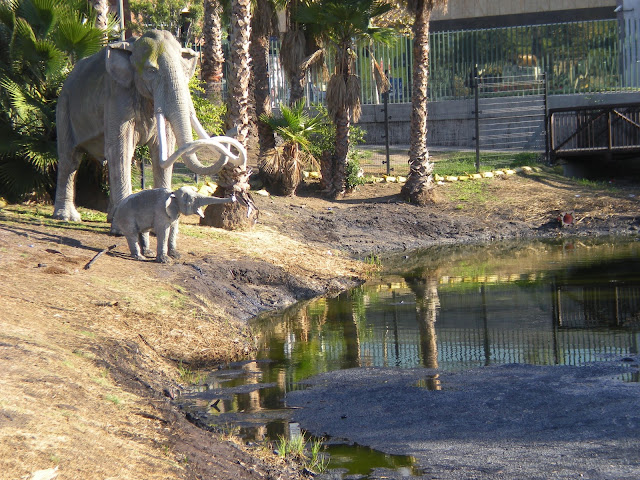 The strong smell of bubbling tar enhances this dramatic scenario of a terrorized mother and baby watching helplessly as their mate and father fight for his life. 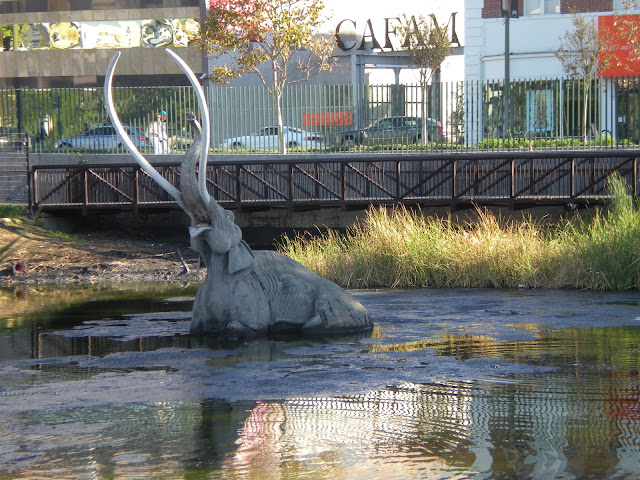 Across the street sits the Craft & Folk Art Museum (CAFAM), to be covered in an upcoming post. 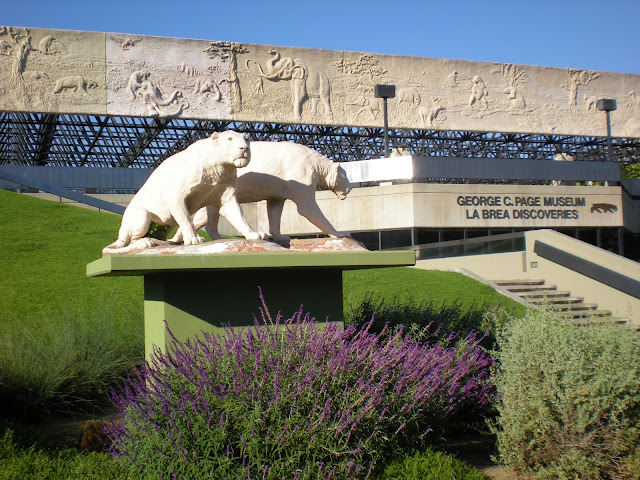 Look up from the tarpits to see the George C. Page Museum. 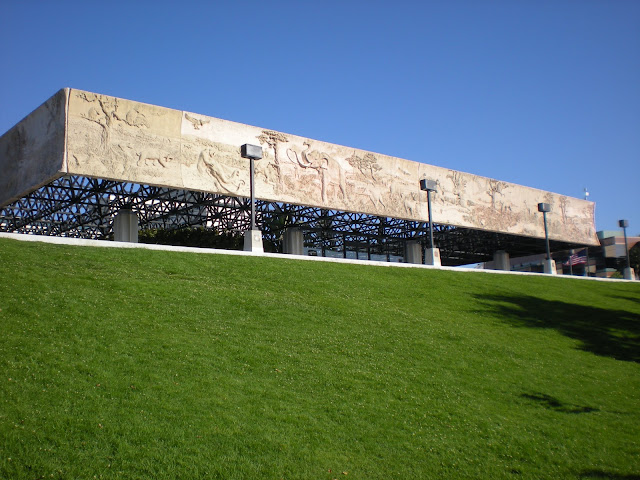 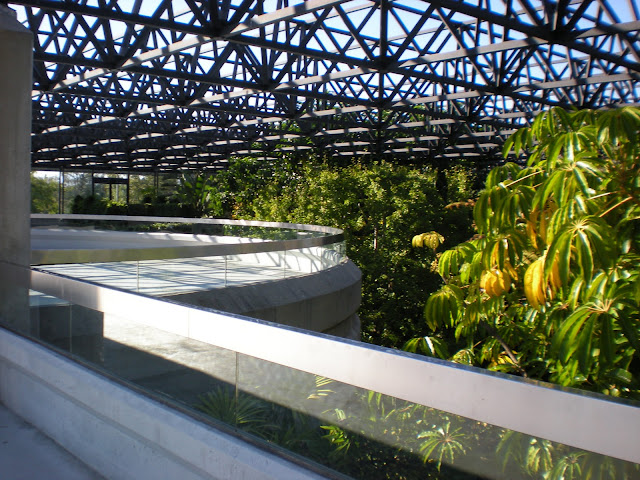 Walk around the terrace that overlooks the museum and its sheltered interior gardens below. The open, exposed beam roof creates beautiful shadowplays. 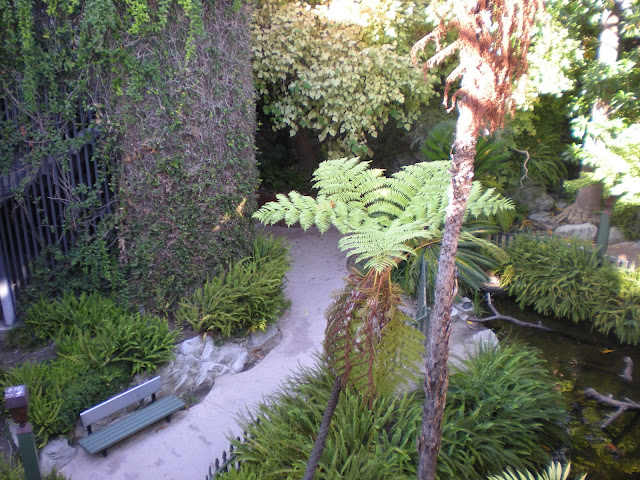 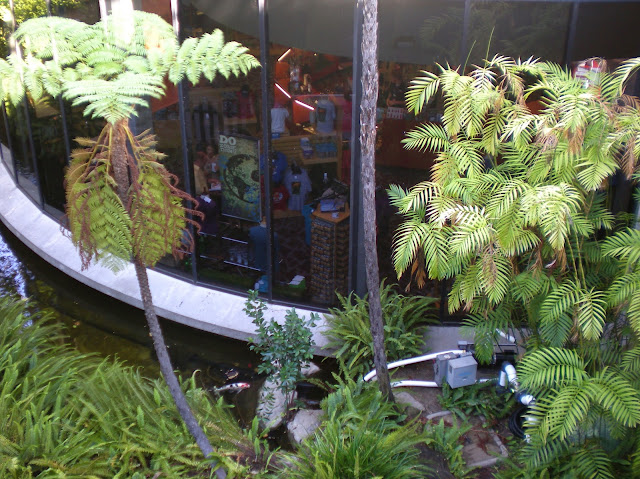 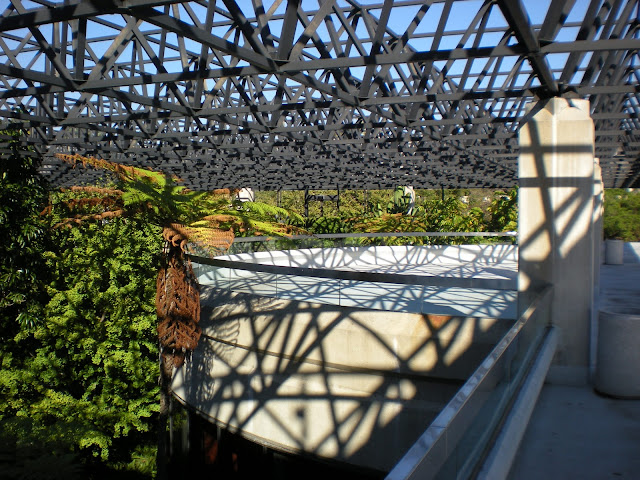 The rooftop deck offers a view of LACMA just a short walk west across the grounds.