Back in the 1950's, one 'starchitect' name on peoples' lips was Saarinen, and his Modernist building that started it all for the Milwaukee Art Museum is largely overlooked for the iconic place it holds in architectural history. 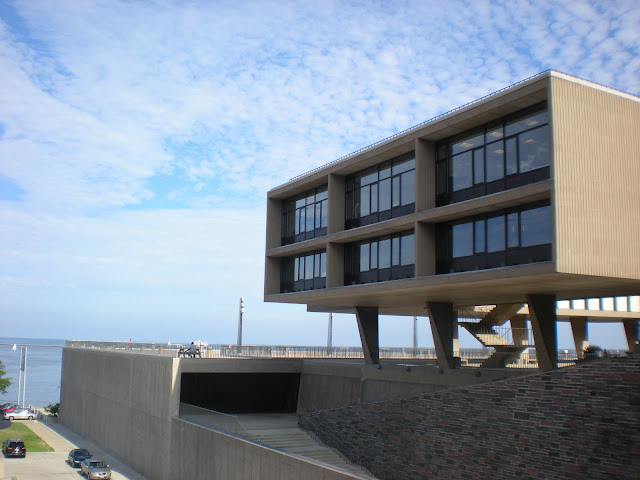 The original home to MAM - today better known for it's Calatrava addition - also housed the War Memorial and was built on three levels. The Modernist structure was begun by Eliel Saarinen, director of Cranbrook Academy of Art and designer of its campus. But upon his untimely death in 1950, son Eero took over both firm and commission, completing the new home of the fledgling museum on Lake Michigan. 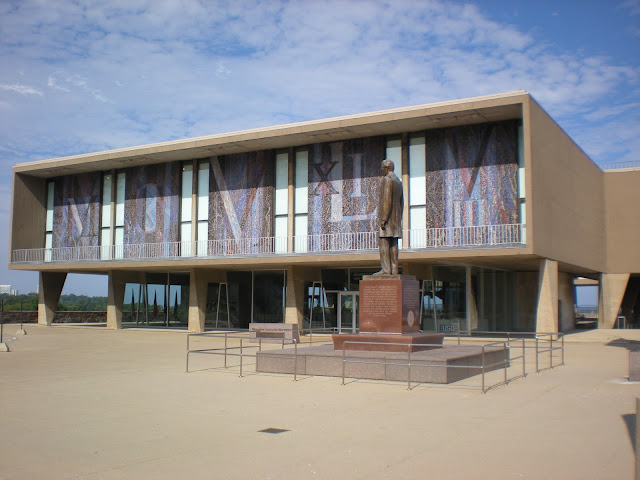 A spectacular mosaic mural on the west wall honors veterans of World War II and the Korean War. Comprised of 1.44  million pieces of marble and glass, the design's composition contains dates of both wars in Roman numerals: MCMXLI (1941) to MCMXLV (1945), and MCML (1950) to MCMLIII (1953). The artist, Edmund Lewandowski, was himself a veteran of WW II. 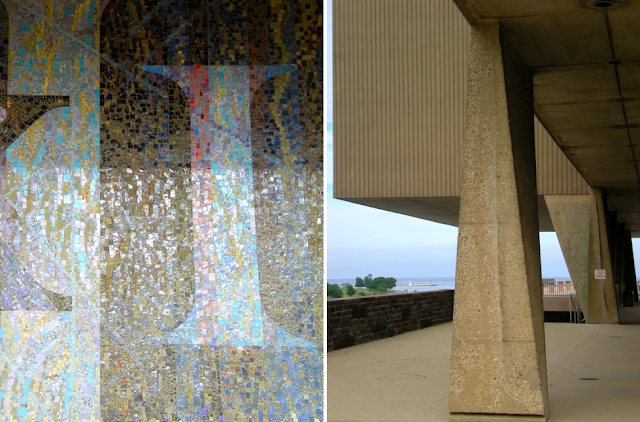 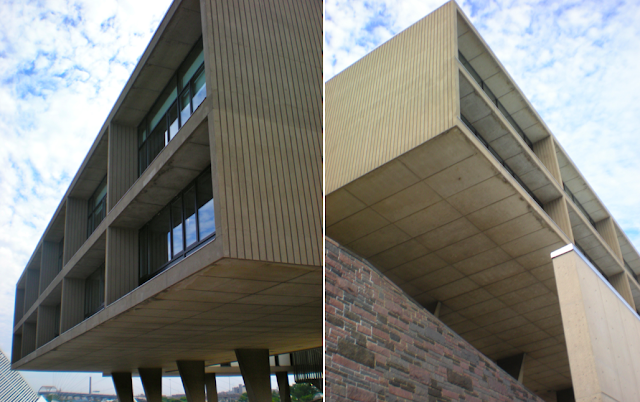 Saarinen's geometric forms and concrete and glass structure pay homage to LeCorbusier, one of the pioneers of modernist design. The building seems to float on an elevated platform supported by polyhedron piers, allowing the phenomenal Lake Michigan view below to be featured. 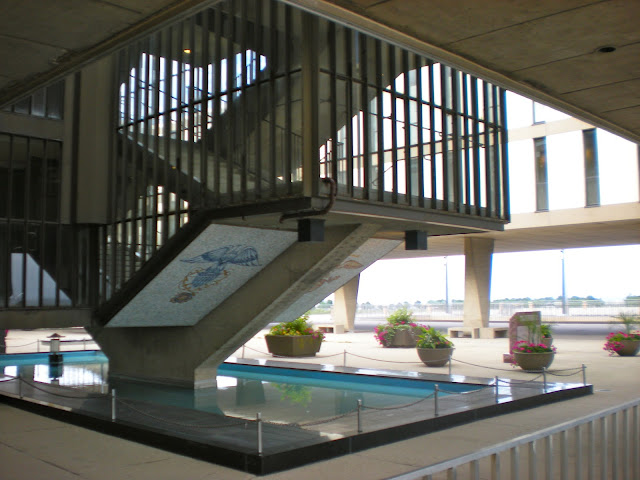 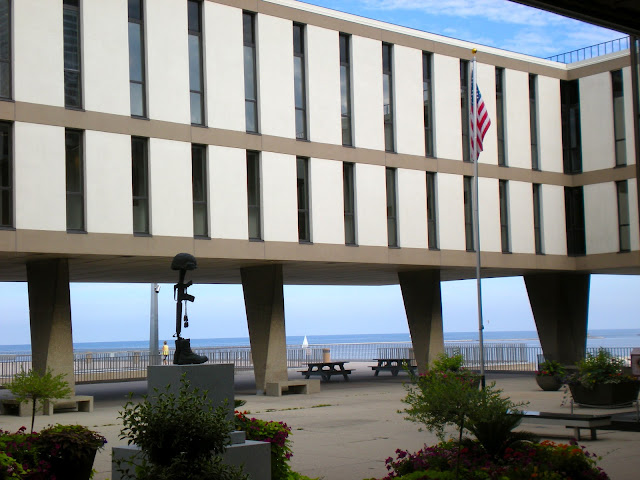 In the last post, a question was addressed that many unfamiliar with Saarinen's work ask: what on earth is the relationship between Calatrava's graceful curved wings and Saarinen's stark Cubist structure? Was Calatrava trying to make an egotistical 'look-at-me' statement, in total denial of his predecessor? Or was there something deeper at play in his design decisions? An answer can be found in the St. Louis Gateway Arch and in New York.... 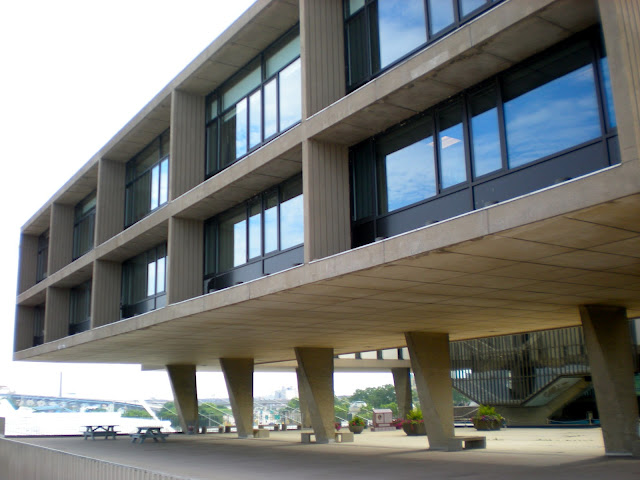 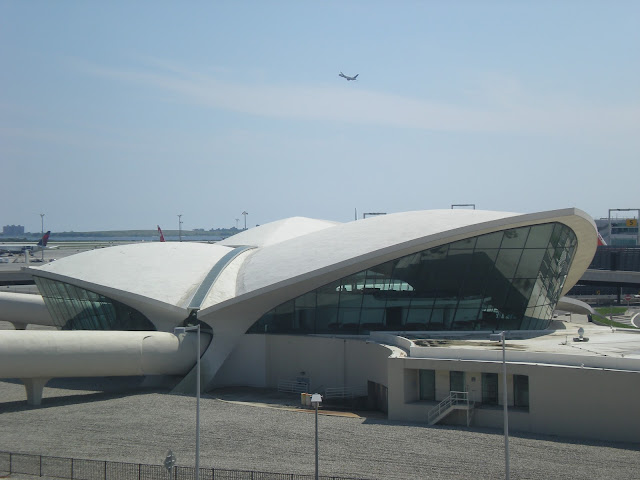 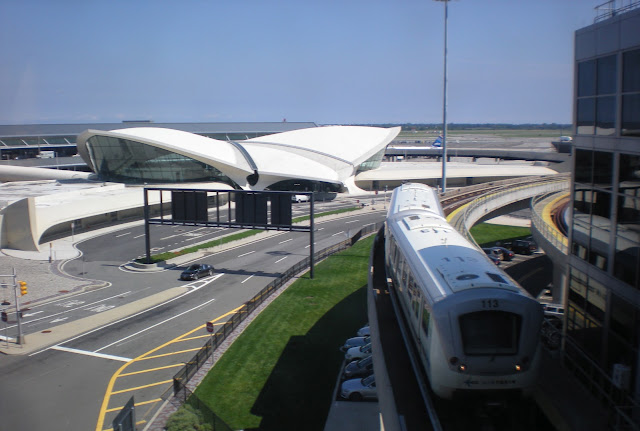 On a recent layover from Rome, I took the opportunity to catch the tram that circles the airport to Terminal 5, former home of the now defunct TWA. Taken over by JetBlue in 2005, much of the original structure is gone. But what remains provides an important link to Saarinen's design philosophy - he believed in trying different styles, preferring not to be known for any particular one. 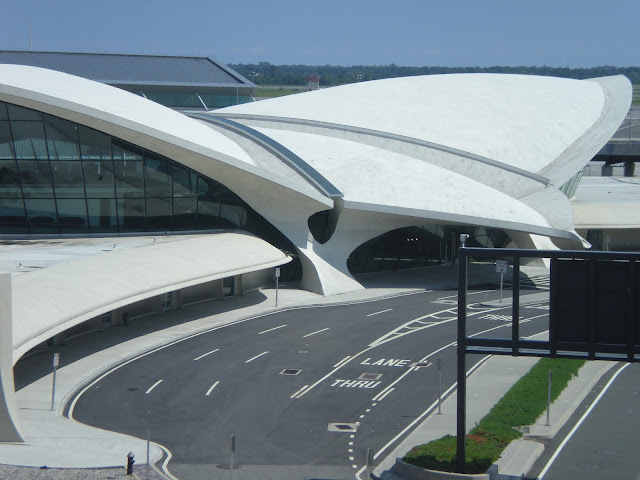 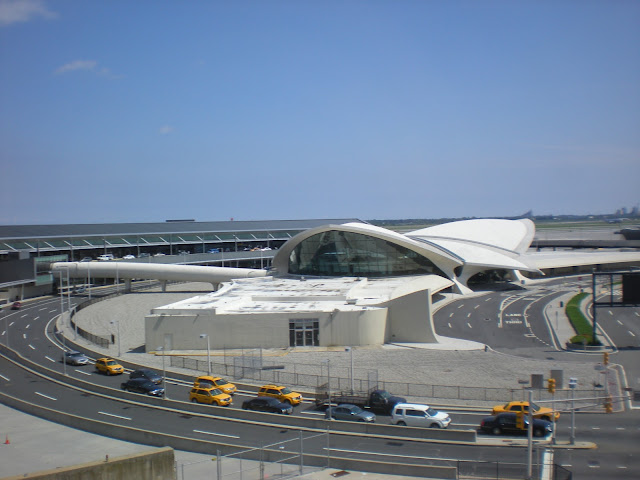 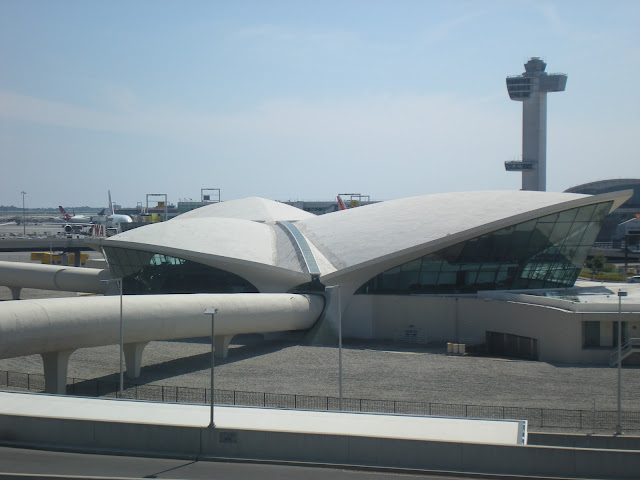 Saarinen's brilliant design works from any angle. Look closely and you'll find a number of relationships with surrounding elements usually considered mundane: the graceful downward-sweeping roofline that accentuates the curves of the road and landscaping, or the plane's nose echoed in the far right of the terminal. 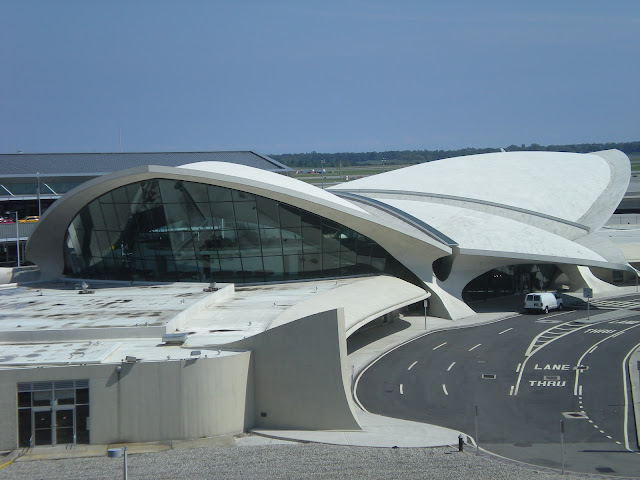 Now check out  the Milwaukee Art Museum post to compare curves of Saarinen's structure with Calatrava's prow jutting toward the water. See any similarities?