With all the snowstorms that roared through the country this winter, something we didn't have to worry about - unless one was at high altitude in the mountains - was an avalanche. If you've never been in one, this video from the Ski Museum gives an idea of what it looks and sounds like:


What causes these epic acts of nature? How is an avalanche triggered? 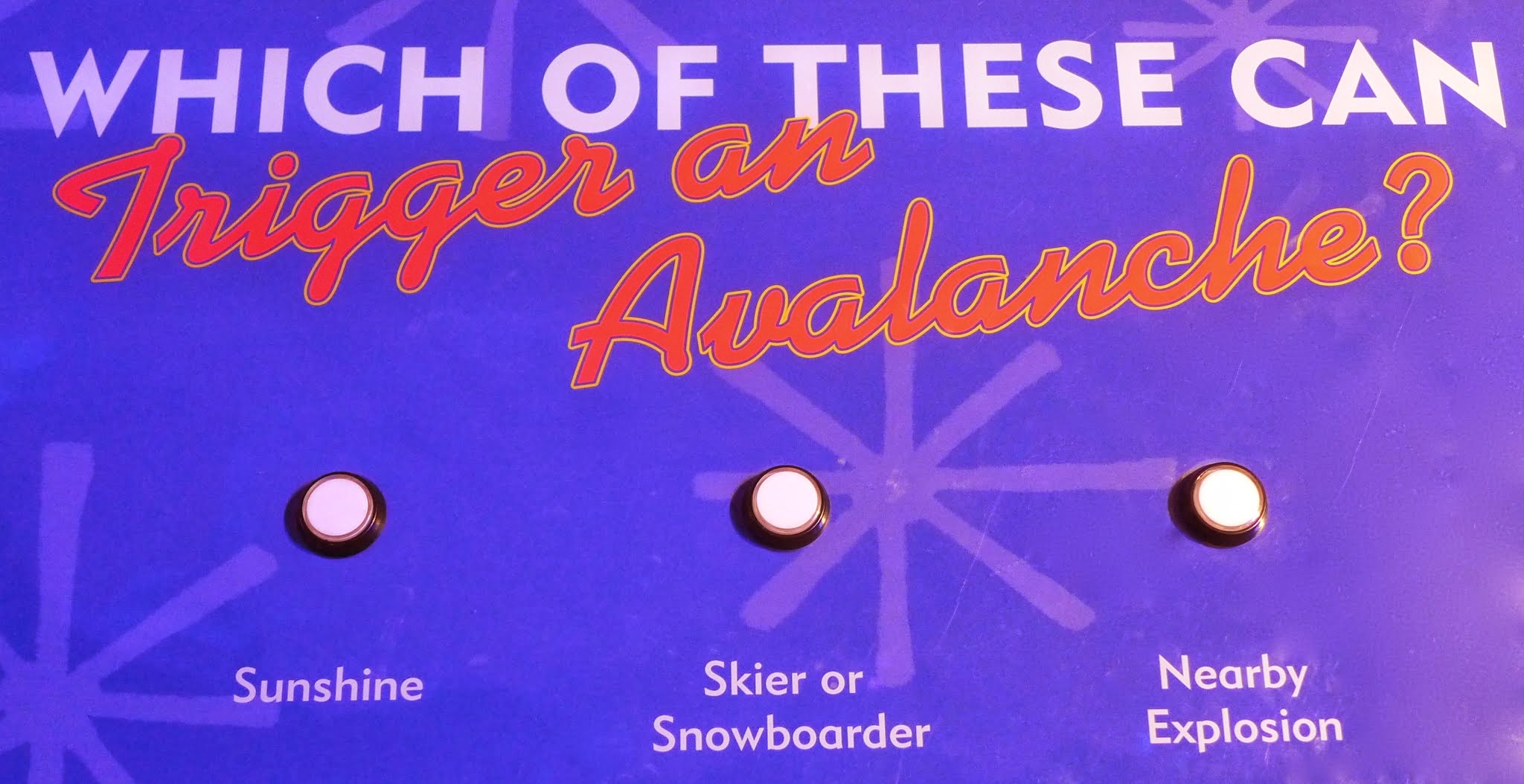 If you said 'all three', you were right. Now let's look at what happens to cause that snow to roll... 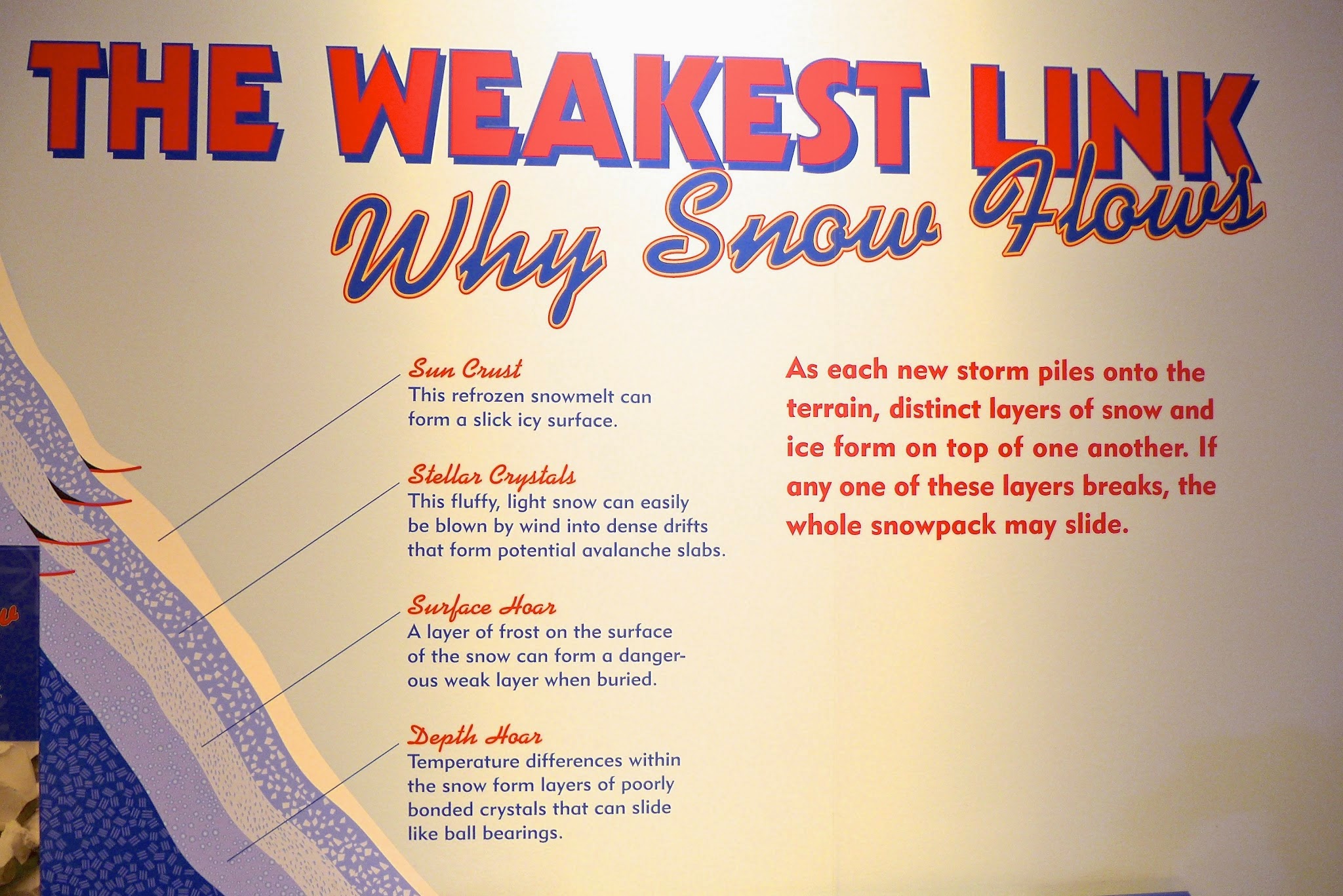 New fallen snow is not static, as this chart shows. Once it lands, diverse layers begin to form. Depending on temperature and wind conditions, snow can freeze, melt, blow, re-melt, and refreeze, in varying order. When a layer doesn't bond to the one beneath it, snowpack becomes unstable, and trouble can hit at anytime. 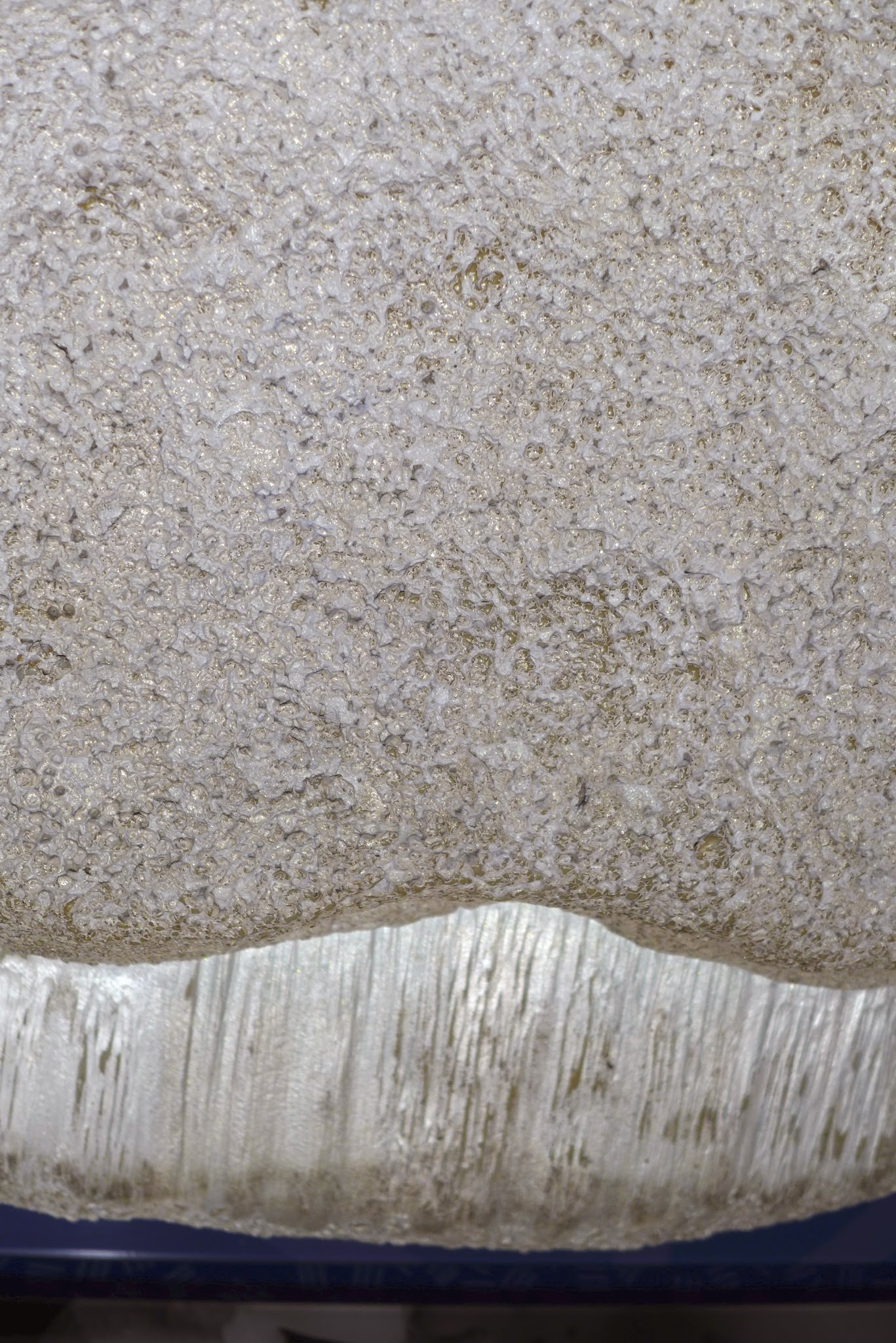 This striated piece of Hoar is created from poorly bonded crystals. On top of it, looking a bit like white sand, is granular sun-crusted snow. Once the instigating factor occurs to jar one surface from the other, the avalanche begins its trip down the mountain, picking up speed and whatever is in its way. 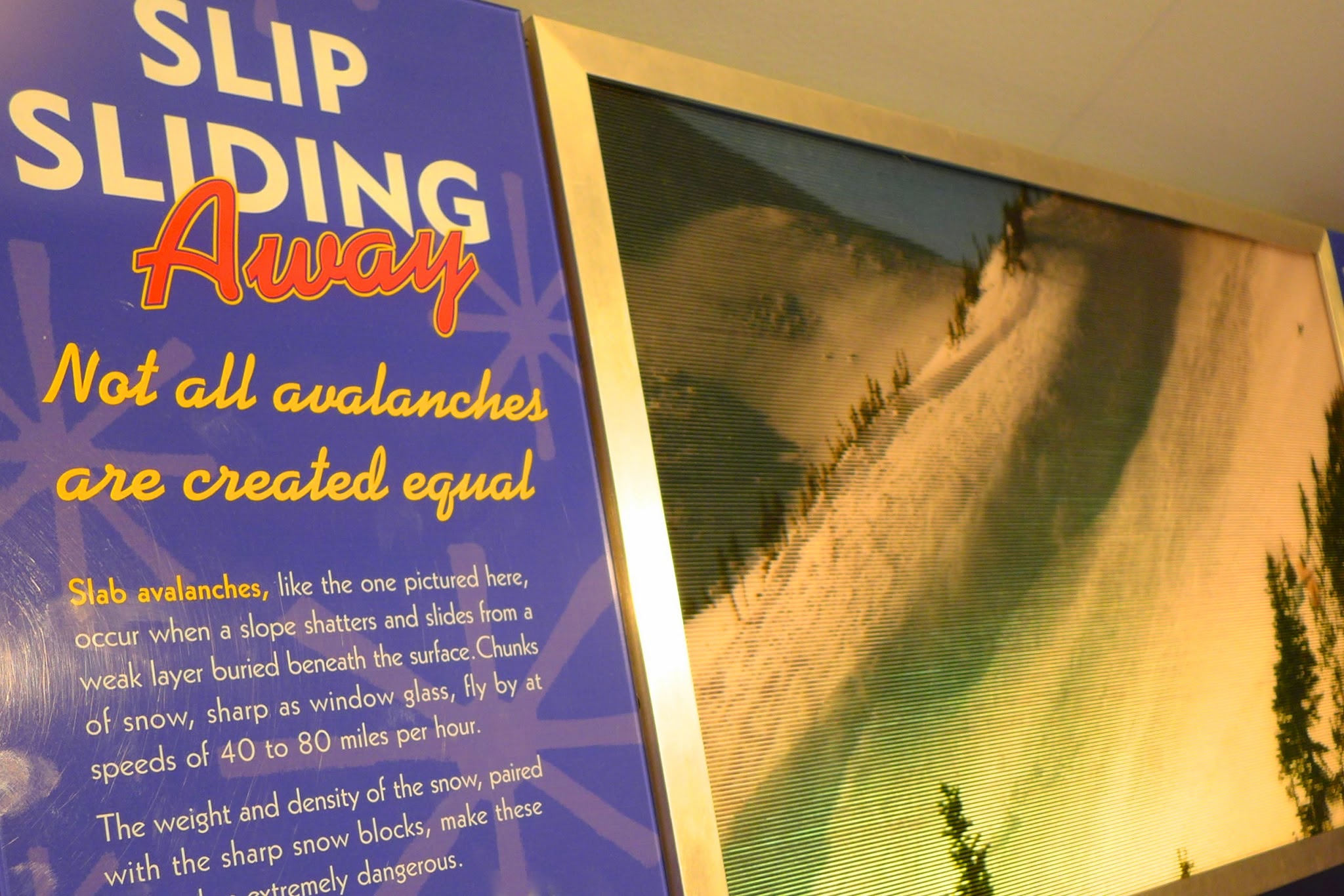 Here's an interesting game: next time you're in a car that's going anywhere from 40 to 80 mph, imagine shards of glass coming at the windshield. Then imagine those shards being contained in something that weighs, oh, let's say as much as that semi coming toward you in the other lane. You've just teleported yourself into a slab avalanche.

Now that we've covered one of the natural dangers skiers and boarders are exposed to at high altitude, let's talk about the Ski Museum itself and how it came to be.